Tokyo Tech's School of Environment and Society has initiated collaborative research work with the National Center for Sustainable Transportation Technology (NCSTT) of Institut Teknologi Bandung (ITB), Indonesia. The collaboration was agreed on after a joint seminar, entitled "Indonesia-Japan Future Railway and Urban Development," which was held at Ookayama Campus on Wednesday, July 26, 2017. 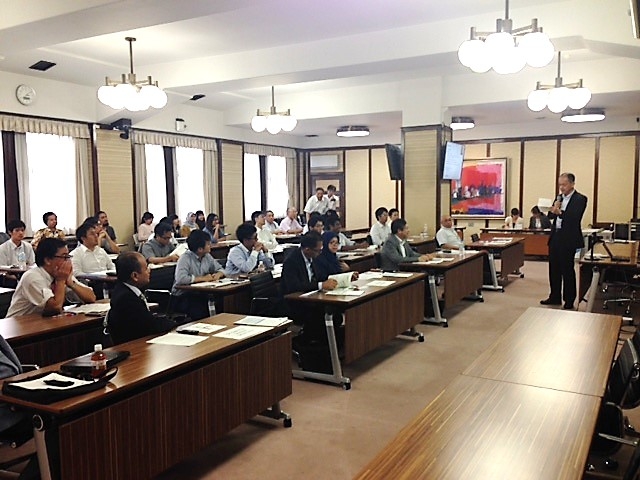 The Indonesian economy has been growing rapidly in recent years, and as a result, the nation now faces major issues such as traffic congestion, pollution, and an increasing dependence on fossil fuels. In particular, traffic congestion in metropolitan areas such as Jakarta, Bandung, and Surabaya needs to be addressed to minimize negative effects on national economic growth. The Indonesian government has committed to alleviating this congestion through the development of public mass transport through the Light Rail Transit (LRT) and Mass Rapid Transit (MRT) programs. The joint seminar was conducted in order to clarify how Japanese society can contribute to overcoming these issues. A network involving academia and industry from both countries will be established to support the research and development of Indonesian railway and urban systems.

Tokyo Tech Vice President for Government and Industry Liaison Tetsuo Yai began the seminar with a welcome speech. On behalf of Tokyo Tech, he encouraged collaboration between all Tokyo Tech and ITB participants and expressed his belief that the seminar would serve as an important milestone for Indonesia in developing its railway programs.

Dr. Alinda M. Zain, the Education Attache of the Indonesian Embassy, also participated in the seminar with opening remarks. Zain mentioned that, to support the development of railway and urban systems, the Indonesian government has provided significant amounts of research funding which can be utilized by ITB to support joint activities with Tokyo Tech.

A keynote lecture about the "Research Innovation in Railway Technology and Mass Transport Industry in Indonesia" was then given by Dr. Sigit Santosa, the chairperson of NCSTT-ITB. Santosa highlighted that Indonesia would like to learn as much as possible from Japan in developing its railway and urban systems. "We should learn not only from the success stories, but also from the failure stories, so that Indonesia does not have to repeat the same mistakes in the future," Santosa said.

Many members of the audience, consisting mostly of industry players, revealed in post-seminar questionnaires that they joined the seminar because they were interested in expanding their business to Indonesian market, and were willing to get involved in the research collaboration between ITB and Tokyo Tech. Approximately 20 Tokyo Tech students also participated in the seminar.

To conclude, Dean of the School of Environment and Society Kikuo Kishimoto led an open discussion to elaborate on the details of the collaboration. Many interesting points were raised, especially on how ITB and Tokyo Tech should initiate their research collaboration. Several research topics were selected as the initial step, including the development of railway safety technology from the geotechnical and passive safety perspectives, research on Transit Oriented Development (TOD) and related business and planning strategy, and research on railway industrial policy.

The event ended with Santosa expressing his gratitude on behalf of ITB for the warm welcome given by Tokyo Tech's faculty and the audience. 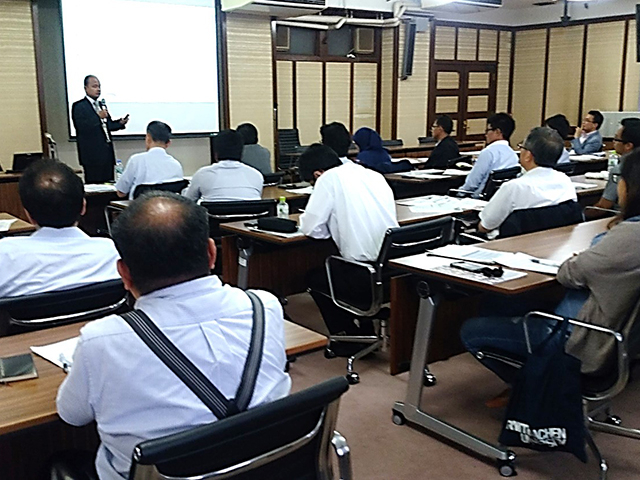 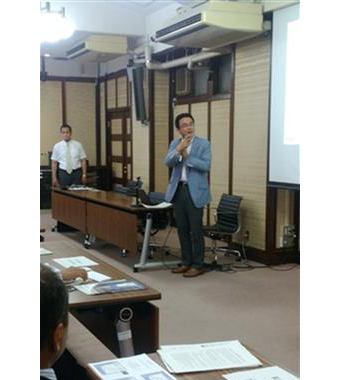 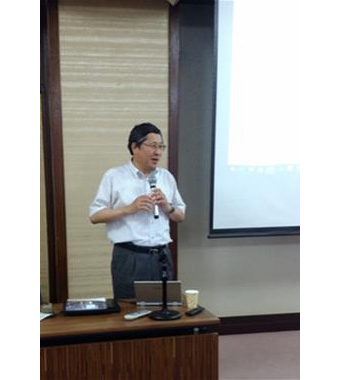