Dual-Lens Meta-Analysis of Science: Scientometrics, and Science and Technology Studies 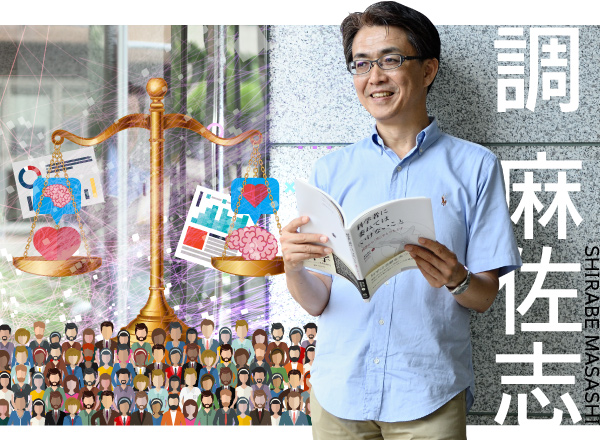 This research field examines problems caused by science and technology in association with society and, conversely, the influence that society has on science and technology. The introductory class Science and Technology for Society A is for first-year undergraduate students. The historical changes in thinking about what constitutes science are taught, followed by how to write research papers and what role is served by them, research ethics, and finally, actual problems associated with science, technology, and society. The follow-on class Science and Technology for Society B for second-year undergraduate students delves deeper across a broad range of case studies. Lectures discuss Minamata disease (mercury poisoning) and “Itai-itai” disease (cadmium poisoning), the tainted blood-formulation induced AIDS lawsuits, Winny incident, and low-dose radiation problem. Science and Technology for Society C for third- and fourth-year undergraduate students incorporates critical thinking and involves work in small groups. Specific themes of STS are presented for group discussion.

STS constitutes an academic inquiry where science and society intersect. The law becomes an important factor here. In the end, the textbook we created for STS focused on problems between science and law. For example, conceptually, there are radiation dose limits for the general public. Recommendations of the ICRP (International Commission on Radiological Protection) form the basis, which currently set 1 mSv/yr for the general public, and 100 mSv/5 yr and 50 mSv/yr for workers. Japan supposedly follows these recommendations.

Although Japan has a law concerning occupational radiation exposure, the nation’s legal framework is conceptually devoid of radiation dose limits for the general public. Following the massive accident at Fukushima Dai-ichi Nuclear Power Plant, radiation exceeding 1 mSv per year for residents was not a clear reference standard for suing the electric power company. Lack of existing laws for a reference standard to evacuate led to 20 mSv/yr, a hasty result that distorted the ICRP recommendation. In our real world, particularly Japanese society where science hardly ever enters the political agenda, the last stand for protection of civil rights, even for problems concerning science, are the laws and statutes. My classroom instruction, therefore, debates the relationship between science and safety, as well as science and government, drawing on the report issued by the Cabinet Secretariat’s Working Group on Risk Management of Low-Dose Radiation Exposure. This working group effectively endorsed the 20 mSv/yr reference standard for evacuation directives.

What I expressly seek to teach my students is dealing with the uncertainty of science. For example, the evidence is slowly emerging for low values today, but the health effect of radiation on the human body previously was considered undetectable epidemiologically at 100 mSv or less. For low-dose exposure, therefore, cancer risk ordinarily employs an LNT (linear non-threshold) model. For low-dose radiation below a certain level, neither negative nor benign impact to the human body can be proven scientifically. Even though epidemiological risk cannot be found, there is no proof that assures no effect on the human body. In this situation, scientists must not conclude matters that cannot be definitively proven with an arbitrary evaluation, particularly when circumstances where scientific insight can be the grounds for societal or political decisions.
What action then, should the scientist take? That is the standing question to my students. Many Tokyo Tech graduates advance into cutting-edge careers of science and engineering, themselves becoming creators and taking ownership over science and technology. That’s why I ask them to broaden their knowledge base as students, regarding the intersection of science and society.

Expert in scientometrics teaches STS for these reasons 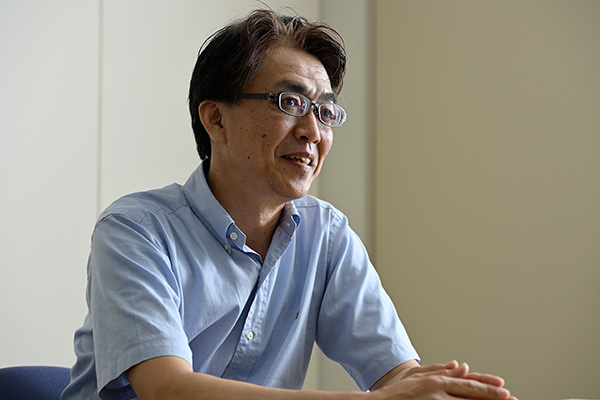 My principal field of specialization is scientometrics, which involves numerical analysis of scientific research through vast volumes of data: research paper databases, electronic media, numbers of participating researchers, and associated research budgets. The field employs science to study scientific activity. My full-fledged research began after graduate school. My undergraduate major was mathematics and graduate research was a cross-discipline of social psychology, cognitive science and business administration. Around that time, I met Professor Hideto Nakajima, who was a research associate at Yoichiro Murakami Laboratory of the Research Center for Advanced Science and Technology, the University of Tokyo. I assisted his launch of STS Network Japan, an organization of STS, and found myself becoming more involved.

My involvement was an outside interest initially. Meanwhile, I was awarded for a research paper about the information society—which I entered with a desire to win the prize money. The paper was published in the annual publication of an academic society and led to an academic position at Shinshu University. There, I began teaching cultural information studies, subject matter closely related to STS, which I teach today at Tokyo Tech. Along the way, I rediscovered my original talent of number crunching and began research in scientometrics. Another connection led to a transfer to Tokyo Tech in 2002. My research in scientometrics subsequently hit a stride, and I felt ready to wrap up my STS research. But when the East Japan Earthquake and Fukushima nuclear power plant accident occurred in 2011, I could not avert my eyes from the serious problems at hand, as a previously engaged in STS. I sensed an obligation to stay involved, and re-trenched. Today, I am an educator and researcher of the two disciplines: STS and scientometrics.

Since the Fukushima nuclear power plant accident, we hear that trust in science has crumpled. I personally had trusted science and scientists, but since the accident, increasing moments of doubt have arisen as a consequence mainly of behavior displayed by scientists. For example, the LNT model presented by the ICRP predicts a 1.1% rise in lifetime cancer risk for the entire population from an additional 100mSv exposure, or approximately 0.01% from an additional 1 mSv. These numbers are not large, but enough to worry mothers raising children. Unfortunately, a number of scientists simply disregarded the worries held by mothers in response to the numbers by saying, “Scientifically, the number means that it is almost safe.” The behavior of these scientists sorely lacks imagination. If the actions of such scientists undermined the trust in science, then surely the role of a liberal arts education at a scientific institution must serve to prevent that downward spiral.

Most advanced fields cannot survive under one expertise,
take opportunities to gain all kinds of knowledge and experience 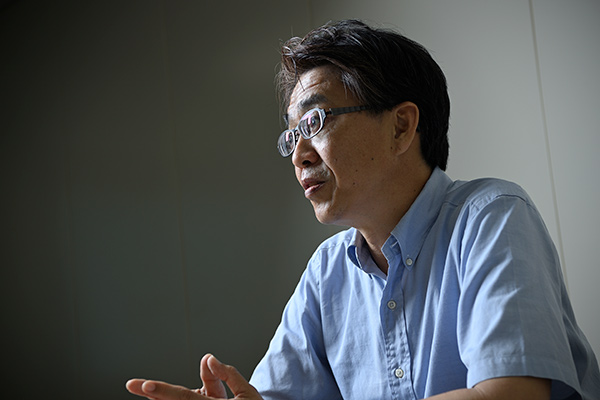 Liberal arts define depth in wisdom. Scientists cannot rely solely on their specialized knowledge. Researchers whom I meet at international conferences possess a truly broad scope of insights. I find a biologist and science historian engaged in deep discussion over themes in their respective disciplines—even conversations about politics and culture. The most advanced research cannot stand on just one field of expertise. Those leaders in such research have acquired all sorts of knowledge. The Institute for Liberal Arts wants students to acquire a wealth of learning outside their specialization. The insights obtained should help to broaden their research scope and provide large hints on how to leverage their research successes in society.

In recent years, science and technology policies and innovation sectors have fostered a concept of RRI (responsible research and innovation). The concept advocates mutual collaboration between researchers and citizens, who are the benefactors of science and technology, and stakeholders across the entire process to deliver desirable outcomes to society from innovation. At Tokyo Tech, therefore, the early involvement of ILA in the implementation of a large research project would be quite interesting to see. In terms of seeds or needs, ILA can become a forum for discovering needs.

Although the group of subjects encompassed by liberal arts has an importance that hardly needs explaining, scientometrics analysis submits that our ILA is a vital organization in university operations. Tokyo Tech received appraisal of 105% increase for emphasized support from national university corporation operating expense grants this year (2020). The ILA is contributing handsomely to this record. In other words, one index in the appraisal is “Top 10% of research papers per operating expense grant cost.” Professors at the ILA are tremendous contributors in this regard. Out of over 1,000 faculty members at Tokyo Tech, around 60 teach at the ILA, so 5% to 6% of our colleagues handle one quarter of all academic credits issued by the university. In effect, we contribute to reducing the pedagogical burden of professors in other schools and increasing their research time. That means a greater tendency for top-flight research papers per unit cost.

Cross-disciplinary opportunities and programs abound,
seize the chance to learn the most at Tokyo Tech! 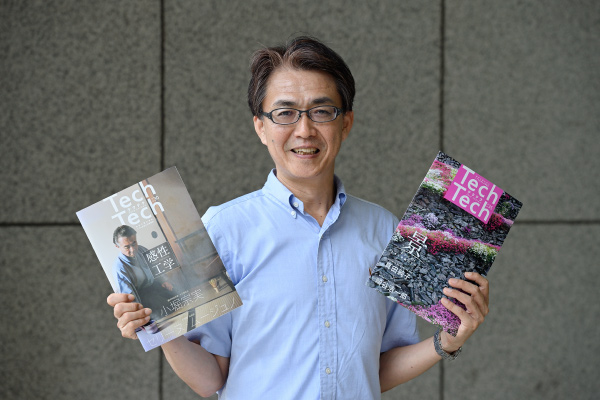 Researchers in Japan are supposedly awkward at exchanges between different fields of study. Probably that’s true, but in the future, the genuinely most advanced fields could be consequently out of our reach. Among many opportunities, the ILA is one place at Tokyo Tech for students to socialize beyond their field of specialization. I certainly encourage active exchanges. One lecture in my charge, the International Engineering Design Experiences, presents an intensive short-term challenge to be tackled by mixed teams of international students and resident Japanese students. Short-term international students from top-flight universities in Asia, Europe, and North America are the target enrollees. Unfortunately, participation from resident Japanese Tokyo Tech students is very small. I honestly think it’s a terrible waste of a rare opportunity, where you can engage in group work with students from globally prestigious universities. Beyond my classes, other attractive programs at Tokyo Tech abound. Many require no participation fee, so learn as much as you can from Tokyo Tech! 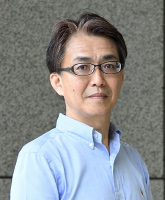