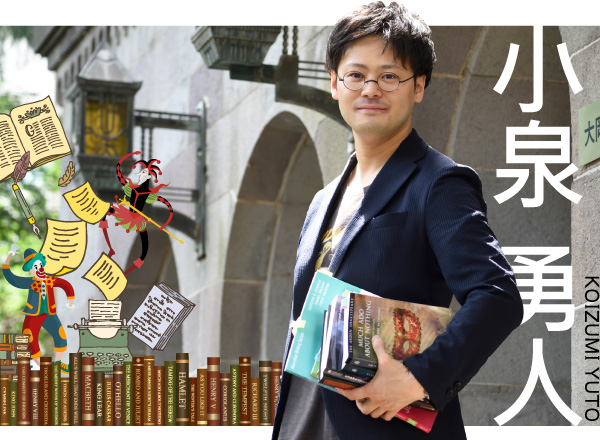 Synchronization with the world of movies makes English your language

My current research covers two areas: pedagogy and literature.
The first coverage is two-fold, comprising the use of movies in English language education and teaching academic writing. The second refers to the study of 16th-century English literature, especially Shakespearean plays and films based on the plays.

More specifically, my courses at the Foreign Language Sections and social/human sciences mainly fall in the pedagogy category. For example, English language learning, which is mandatory, is the area to which I devote a considerable amount of time and energy.

The main feature of my English language course is the use of movies created in English-speaking countries as learning tools. It’s based on the idea that learners’ interests in the culture, lifestyles, and ways of thinking in the language communities hold the key to mastering the language. Indeed, learning what you love often can be fun, not painful. So when students become intrigued by the English culture and think, “Sounds fun, I can learn this a bit more,” I would say that a major part of my job as an English teacher has been completed. Of course, reaching this far is difficult, but it’s a critical turning point where they start to voluntarily advance their learning and study.

As an effective learning tool, movies cannot be boring. I select works which I think are interesting, just like the one currently used: an American film called “Spotlight” (directed by Tom McCarthy, 2015). Preparing the materials is also my job; I extract around three scenes containing game-changing lines in the plot and compile them in the screenplay format. In the class, students try to read the lines precisely at the same speed, with the same intonation and emotional expressions as the actors.

They remain standing up while looking at the movie scene and script alternatively and, pronouncing lines at the same time as the characters in the movie. This method is called “overwrapping.” When they become used to this training, next comes the final stage of voicing the lines while watching the movie but without seeing the script. Called “shadowing,” this is a professional technique also used to train simultaneous interpreters. As I said, students engaged in this process must remain standing up, which means they cannot afford to become sleepy in my class.

What makes reading aloud more stimulating is thrilling lines in breathtaking scenes. The more you engage in the script, the easier it is to become synchronized with the thoughts and emotions of the characters. When you sync with the characters, their words become yours, and even the grammar, vocabulary, pronunciation and stock expressions will permeate your mind. Cultural understanding is also deepened, which is, by the way, impossible to quantify, even though free-answer-style tests can verify the level of related knowledge to some extent.

However, not even teachers can say to what extent scoring is necessary for English education. Because the excitement of learning languages lies in a zone unmeasurable by scores, and that’s something I want learners to experience through my class. 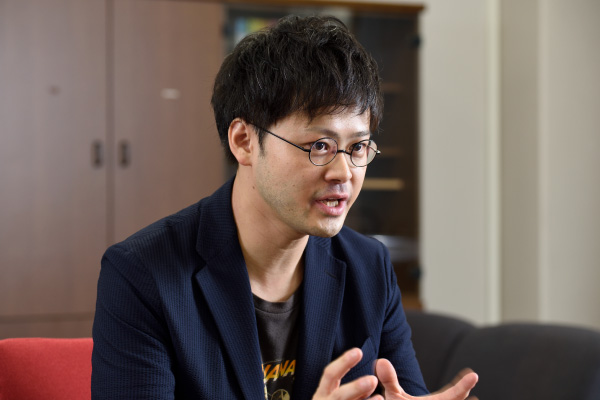 I’m also in charge of the Peer Review Practicum course for graduate students. In the program, they can use their academic writing knowledge to evaluate others’ writing projects, and empirically, learn methods for encouraging writers via intensive dialogues to identify problems in their writing. This course is based on my six-year experience when I was a student at the Graduate School of Letters, Waseda University. I used to provide academic writing consultations for undergraduate and graduate students through an on-campus organization called “Writing Center.” My tutoring techniques were formed and refined through the experience back then.

Here, tutoring specifically refers to the counseling know-how related to writing. The outstanding feature of this method is the use of dialogues between the writer and the reviewer regarding how they can improve the project within a specified timeframe. It’s completely different from an ordinary review in which the reviewer may decide if statements are unclear or if assertions are wrong or even give their alternative ideas in red ink.

What will happen to writers when the reviewer uses the latter? They will become passive and dependent on the checker, implicitly requesting their rewriting and accepting it without any extra effort. Doing so, they stop their effort to improve their writing. On the other hand, tutoring goes like this: After reading the project, the reviewer can ask, “What do you want to say most in this statement or paragraph?” The second question after their answer to the first would be, “Where exactly in this statement or paragraph is it written?” If the writer has failed to include that, they may understand that their points would become clarified by the addition. Peer reviewing is not providing alternative writing. Instead, it’s guiding them to a relaxed awareness, helping them become “an independent writer” while resonating with their thoughts.

My practical training classes use a broader perspective: The reviewers should first become writers who are capable of thinking and writing on their own and then explore the process of developing others to become the same. Tutoring is a multifold set of communication skills to read, write, pose excellent questions, and bring out the relevant answers. For the sake of its importance, my English writing course (required) also includes an introductory session for tutoring. 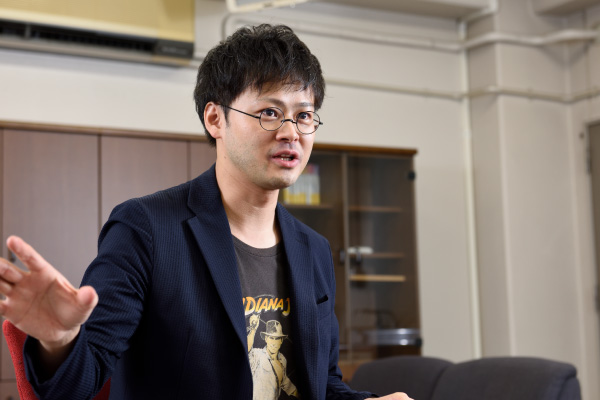 Now, let me introduce another research field, Shakespearean plays/movies. You can easily imagine what Shakespearean plays are, but what are Shakespearean movies then? The term technically refers to films created based on his works. Since the invention of cinema, the reproduction of his plays has become a common practice within the industry. Cases overseas are just too many to mention. In Japan, Akira Kurosawa is famous for movies allegedly based on this English dramatist’s works, such as Throne of Blood (1957), inspired by Macbeth, Ran (1985) by King Lear, and The Bad Sleep Well (1960), Hamlet.

Shakespeare’s plays depict human cruelty beneath violence, sexual impulse, or discriminatory emotions in vivid and enriched expressions. King Lear, for example, contains a scene where torture gouges eyes to deprive the owner of his sight. The Merchant of Venice describes Shyrock, a Jewish, trying to mutilate the chest of Antonio, a Christian and his abuser, with a knife in public. These brutal descriptions hint something extreme. It may be a harsh punishment to a spiritually blind person who cannot see a conspiracy occurring in the background in the first example. In the second, it may refer to intense pain, sorrow, and anger of being ill-treated and offended, which can only resolve by violently ripping the offender’s chest.

Tim Burton’s Batman Returns also represents an evil aspect of society and the explosive violence of the “oppressed” caused by suppressible resentment, somewhat reminding us of Shakespeare. The movie depicts Catwoman and Penguin, supervillains once abused and irrationally maltreated to the extent they had no choice but to single-mindedly avenge, wildly driving their desire to reign and impulse to destroy. So, persistently, Burton renders all this so that the film can be considered sharing the same spirit as Shakespeare and, therefore, is an offspring of his works.

That is why the Koizumi Lab covers wide-ranging Shakespeare-based works starting from explicit recreation of his plays (evident through the titles) to films “apparently not related but sharing the same Shakespearean spirit,” such as American comic movies, Star Wars, and 007 series. By analyzing those pieces, my lab explores how this ancient English dramatist dealt with human pains, how his works influenced later generations, and how modern arts have cited his plots and motifs.

By the way, my favorite research subjects often contain rich verbal and visual expressions related to eroticism, grotesqueness, and violence. Saying this may frighten you, but I believe it’s also a crucial academic discipline to contemplate the undeniable human darkness, such as an unmanageable sexual impulse and the most deep-seated urge for violence. My research also includes violent movie materials and uses them in my graduate student courses, even if they are not related to Shakespeare.

In the 2018 course, for example, I used three movies with a focus on violence. One of them was CURE by Kiyoshi Kurosawa. The story features a man like a hypnotist who can skillfully invoke brutality out of someone through verbal manipulation. Then the person, whose violent nature is now unearthed, starts to kill people they detest impulsively without any consciousness (please be relieved since hypnosis technically cannot do such a thing). Using such materials, students can discuss how to control dark, negative urges innate in everyone. Through the talk, they sometimes can be aware of the importance of maintaining the stance of recognizing them, instead of trying to deny or suppress them. 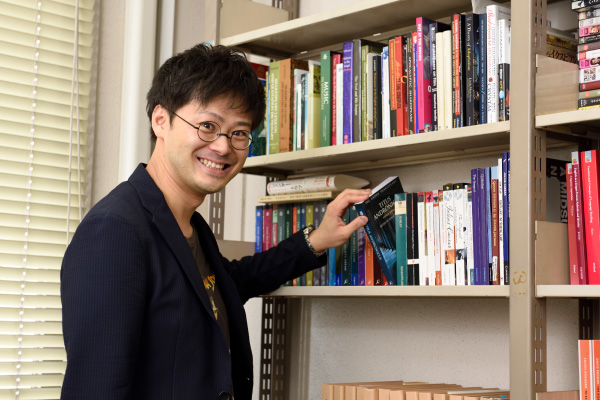 My teaching areas—English exercise using movies, academic writing guidance, and Shakespearean film research—are three independent activities. However, they are all connected under the label of “methods of dialogues,” considering that speaking and writing are immediate communication tools. Even Shakespeare’s works can be regarded as a form of dialogue with others or within yourself.

More importantly, all of those areas are closely related to liberal arts; for example, learning Shakespearean plays and films based on his plays is not merely building knowledge, but digesting a viewing experience to enhance yourself. We may all harbor darkness in our minds, and often we may hate to see it. But literature and art can prompt us to stand up and face it. Directly engaging such negativity can naturally hurt us, leaving many scars and scabs throughout our minds. But all of this, probably only doing this, can build a robust personality, allowing us to embrace complicated human nature. In that sense, I believe that our experience and the time for addressing our dark thirsts are activities already involved in liberal arts.

Some students may find it challenging to express themselves. If you are one of them, first, stop trying to figure out if your ideas are useful. Start consuming everything that jumps into your radar; for example, you can watch hundreds of movies, regardless of their qualities, read novels based on your mood, or take a walk on sunny days, rambling streets, or visiting museums. Imagine your mind is your stomach: eat various foods, crunch them between your teeth, digest them, and let them mingle in your stomach. When you find something as a result of blending, it may just be the moment that you feel a natural urge to communicate, and you will become more outspoken and active. 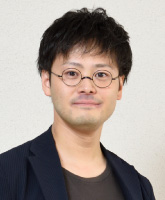 Born in 1983 and comes from Hirakata City, Osaka Prefecture. After graduating from the English Literature Department, Kwansei Gakuin University, enrolled in the master’s program at the Graduate School of Letters, Waseda University, where he studied medical symbolism (mainly the representation of syphilis) in Shakespeare’s works. Also gained a strong interest in the cinematic adaptations of Shakespearean plays during his doctoral studies. Started his study at King’s College in London in the UK in 2013. Inspired by Sam Mendes’s King Lear, which was performed at the National Theater and started researching the diverse expressions of violence in the artist’s plays. Served for six years from 2007 at the Waseda University Writing Center as an academic writing teacher while continuing his career as a Shakespeare scholar. The current position since 2017. Co-authored シェイクスピアの広がる世界 1 (The Text Made Visible : Shakespeare on the Page, Stage and Screen) published by Sairyusha and 文章チュータリングの理念と実践 1 (The principles and practice of writing tutoring) published by Hitsuji Shobo.