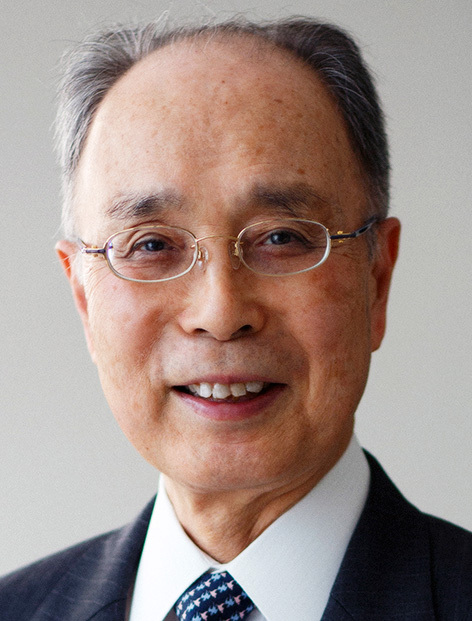 The Institute of Electrical and Electronics Engineers (IEEE, the world's largest and most prestigious academic society for electrical engineering and electronic engineering) announced that Kenichi Iga, an emeritus professor at Tokyo Institute of Technology (Tokyo Tech), a former university president, and a former director of the Precision and Intelligence Laboratory, will be awarded the 2021 Edison Medal, one of the highest-ranking medals of the IEEE.

The Edison Medal commemorates Thomas Edison, and has been presented annually since 1909 by the IEEE to researchers who have made outstanding achievements in the science of electricity. In the field of electrical and electronic engineering, the award has the longest tradition globally and bestows the highest honor. He is the third Japanese person to receive the award, following Jun-ichi Nishizawa (Tohoku University at the time) in 2000 and Isamu Akasaki (Meijo University at the time, 2014 Nobel Prize in Physics) in 2011.

According to the IEEE, it recognizes Iga's "pioneering contribution to the concept, physics, and development of the vertical-cavity surface-emitting laser". The award ceremony will take place remotely May 11 to 13, 2021 at the online IEEE Award Ceremony, where the other medals will also be awarded. 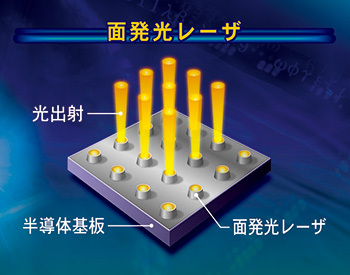 Iga proposed the idea of a vertical-cavity surface-emitting laser (VCSEL) in 1977. Since the initial demonstration at the Tokyo Institute of Technology in 1979, he established the basic technical and theoretical foundations necessary for the realization of this new laser, and has had a large influence on global researchers in this field. Those efforts drove global development and made it an integral part of high-speed data communications, primarily fiber optic wiring between connections in the Gigabit Ethernet, Fiber Channel, and supercomputers. In addition, various applications are being implemented, such as computer mice, high-speed laser printers, 3D face recognition on smartphones, and laser radar for mobile objects. It is estimated that the global market for these applications will exceed 500 billion yen by 2025. 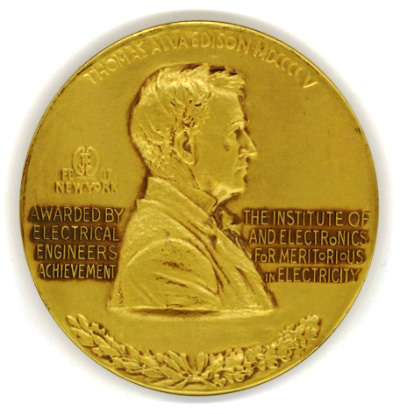 Headquartered in the United States, the IEEE is the world's largest technical academic society in the fields of electricity, electronics, and information. It has more than 419,000 members in 160 plus countries.

The IEEE has 18 highest-level medals which recognize individuals who have made outstanding achievements each year. The Edison Medal is one of the highest-level medals along with the Medal of Honor, Alexander Graham Bell Medal, Education Medal, and Power Electronics Medal. On October 21, 1879, Thomas Edison succeeded in producing the first practical incandescent light bulb, which marked the beginning of modern lighting. A quarter of a century later in 1904, Edison's friends and other concerned parties created the Edison Medal to commemorate Edison's achievements. Since 1909 it has been awarded as the IEEE Edison Medal.

Previous Edison Medal winners include Alexander Graham Bell in 1914, Nikola Tesla in 1916, Robert Millikan in 1922, John Pierce in 1963, Nick Holonyak in 1989, and Jun-ichi Nishizawa in 2000, Federico Capasso in 2004, and Isamu Akasaki in 2011. These researchers have had global success in the field of electrical and electronic engineering, with major achievements that rewrote the history of science.

Iga is the third researcher at Tokyo Tech to receive an IEEE medal. Honorary Professor Yasuharu Suematsu, former university president, received the IEEE James H. Mulligan, Jr. Education Medal in 2003, and the IEEE Medal in Power Engineering was awarded in 2018 to Specially Appointed Professor Hirofumi Akagi of the School of Engineering's Department of Electrical and Electronic Engineering.

I have been a member of the IEEE since I was a student, am currently a Life Fellow, and was a board member of the Laser Society when I was a professor. The Edison Medal is one of the highest medals that can be awarded. Thomas Edison is known as the "King of Invention" for his many inventions, including the incandescent lamp in 1879. To receive a medal bearing his name is a great honor and I am truly happy.

Now, there is an Edison Museum in New Jersey, USA, and I have visited there a couple of times. I was impressed by the fact that Edison not only invented things, but had already created the form of the modern laboratory. In other words, he collected materials from all over the world, experimented to realize them, and made efforts to bring actual products to the world. A typical example is the long-life incandescent light bulb filament made of bamboo in Kyoto. The award was given for my invention of the surface emitting laser in 1977, which was to create something that doesn't exist in the world. Edison invented the phonograph exactly 100 years ago, in 1877, which also feels like connection to me as a double bass hobbyist. The process of my research was to have an image of the final product first, and then search for materials, develop the technology to make a laser from the materials, and make it. Think about the necessary physics along the way, evaluate the performance, and aim for systemization. That's similar to what Edison did 100 years ago.

I would like to express my deepest gratitude to all my colleagues and graduates who have worked with me, to my nominators for recommending me for this award, and to my endorsers for their support.