Scientists at Tokyo Institute of Technology and Socionext Inc. have developed a novel transceiver for enabling seamless communication between earth ground platforms and satellites in the low, middle, and geostationary earth orbits. Among other things, this transceiver could bring Internet to people in remote rural areas and at sea. 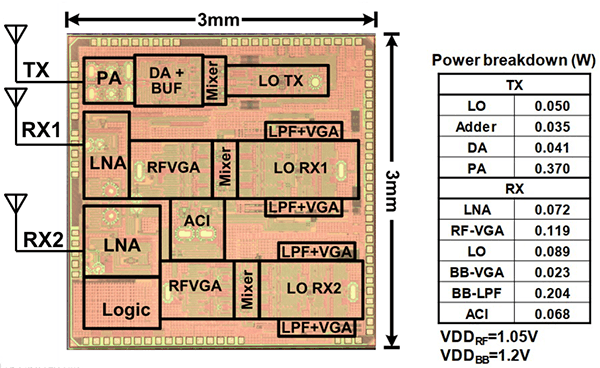 Figure 1.  Prototype of the SATCOM transceiver and its power consumption characteristics

We live in the information age, where communications technologies have reached unprecedented levels of advancement. Yet, bringing connectivity to remote locations, such as rural areas or the open sea, remains difficult. Satellite communication (SATCOM) is an attractive option for providing data links to such places; but for effective SATCOM, the right equipment must exist both in space and here on Earth.

At the forefront of research to achieve superior SATCOM are scientists from Prof Kenichi Okada's lab at Tokyo Institute of Technology (Tokyo Tech), who have developed a novel transceiver[1] for SATCOM using standard CMOS[2] technology. This transceiver operates in the "Ka band," which, for SATCOM, means a 27–31 GHz frequency range for uplink (ground to satellite) and 17–21 GHz range for downlink (satellite to ground).

Their design carries a variety of features that make it stand out from the competition. On the transmitter (TX) side, a high-quality-factor transformer is employed to achieve efficient power use and high linearity in transmission, which results in lower distortion during transmission. The receiver (RX) side features a dual-channel architecture that unlocks several capabilities.

First, having two RX channels allows for receiving signals from two satellites simultaneously. These signals are received in parallel using either two independent polarization modes or two different frequencies. In addition, the proposed design can perform adjacent-channel interference cancellation; that is, the "contamination" on a signal received in one channel by another signal on an adjacent frequency band is eliminated using information received at the other channel. This strategy increases the dynamic range of the system, thus allowing it to operate correctly even in less-than-ideal scenarios with stronger noise and interference. 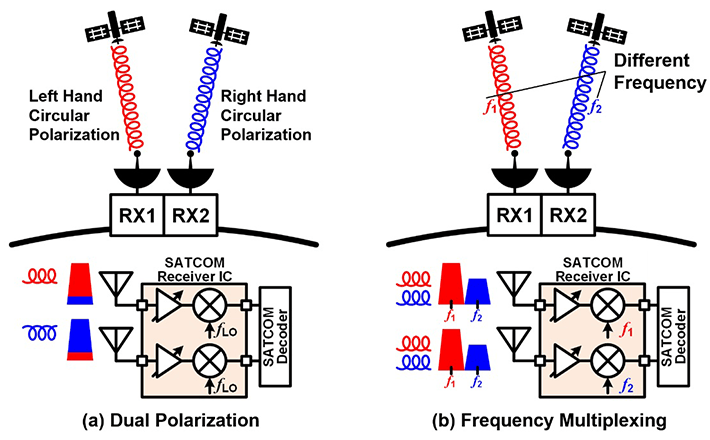 Both the TX and RX perform direct conversion of a signal; that is, the TX directly converts a baseband signal[3] into a modulated signal[4] and the RX performs the inverse process without additional intermediate frequency conversions, unlike the more commonly used superheterodyne receivers. This makes the overall complexity, size, and power consumption of the transceiver considerably lower.

The scientists created a prototype chip to test the actual performance of their design when using all the modulation schemes regulated by the SATCOM DVB-S2X standard. This includes high-order modulation techniques like 64 APSK[5] and 256 APSK, which provide fast data rates.

Let us hope that the efforts of these Tokyo Tech researchers help more people benefit from instant communication in the current information era.

[1] Transceiver : A device capable of transmitting and receiving signals

[3] Baseband signal : A signal in its "pure" form at its original frequency, without modulation

[4] Modulated signal : An encoded signal that carries all the information of a baseband signal, usually at a higher frequency so as to make it easier to transmit

[5] APSK : Amplitude and phase shift keying; a modulation technique where a baseband signal is encoded in both the phase and amplitude of a carrier signal