In an effort to further increase the capacity of wireless equipment, Tokyo Tech and Fujitsu Laboratories Ltd. have developed a CMOS wireless transceiver chip that can process signals at high speeds across a broad range of frequencies, from 70 to 105 gigahertz (GHz), using their own bandwidth-increasing technology. With these developments, they succeeded in achieving wireless transmission speeds of 120 gigabits per second (Gbps), the fastest in the world. 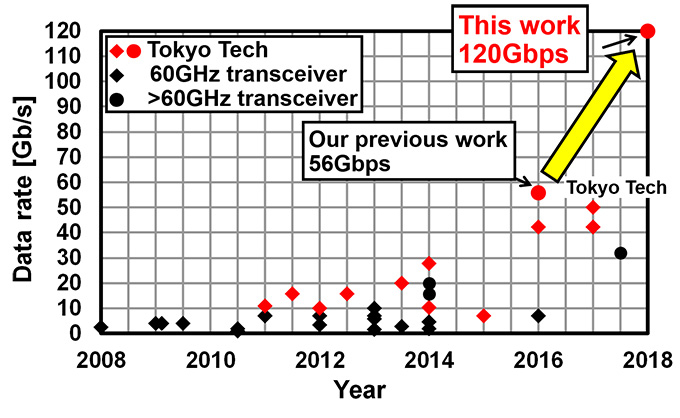 Figure 1. The race for performance of millimeter-wave wireless transceivers

There has been an increase in research and development activities with the aim of practical application of 5th generation mobile networks (5G) for the Tokyo Olympic and Paralympic games in 2020. Behind this development is the sharp increase in data traffic such as of high-definition video services as devices such as smartphones and tablets become more widely used. Additionally, a variety of performance requirements have come to be expected of wireless communication by new technologies such as IoT and automated driving.

Conventionally, base stations have been connected by optical fiber. One issue with this approach, however, is that it has been difficult to expand service in areas where it is difficult to install a network of optical fiber cables, such as in densely built urban areas or between areas surrounded by rivers or mountains. Demand for connecting base stations wirelessly instead of with optical fiber is increasing for prompt and flexible installation of wireless networks at large-scale stadiums and event venues with transient crowds numbering in the tens of thousands or during disaster recovery.

High-capacity wireless transmissions need to use a broad range of frequencies. To facilitate this, use of the millimeter-waveband (30 to 300 GHz) is a suitable option, as few competing wireless applications use it. But because the millimeter-waveband uses such high frequencies, designing CMOS integrated circuits for that purpose has been a challenge, as the circuits need to be designed to operate near their limits. It has also been difficult to develop transceiver circuits that modulate and demodulate broadband signals into and out of the millimeter-waveband at high quality and interface circuits that connect the circuit board to the antenna, both at low loss. This research group led by Kenichi Okada of Tokyo Tech had achieved wireless transmission at 56 Gbps in 2016, however, an issue was that the band could not be widened any more due to the higher harmonic signals contained in the carrier wave.

The newly developed CMOS wireless transceiver chip (Figure 2) uses technology which broadens the band of transceiver circuits by splitting data signals in two, converting them to different frequency ranges, and then recombining them. Each signal is modulated into a band 17.5-GHz wide and demodulated, with the low-band signal occupying the 70.0-87.5 GHz range and the high-band signal occupying the 87.5-105.0 GHz range. This technology enables high-quality signal transmission over an ultra-wideband signal 35 GHz wide. The newly developed CMOS wireless transceiver chip has carrier generation circuits built in for the 70-GHz and 105-GHz carrier signals required to use this technology. Conventionally, the signal quality was degraded by higher harmonics contained by the carrier generation circuit, however, the newly developed harmonic suppression technology resolved this problem. The signal quality required for multi-level modulation of 16-QAM has been achieved by using a lower-order multiplication technique and combining many stages of amplifier circuits and the built-in higher-harmonic-suppressing filter. Tokyo Tech developed technologies for improving transceiver performance and broadening the band, while Fujitsu Laboratories was responsible for module technology. 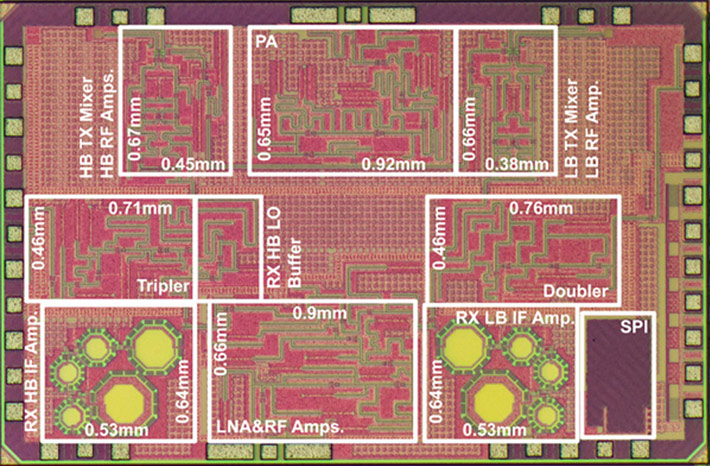 This outcome makes it possible to increase the capacity of wireless equipment that can be installed outdoors. High-capacity wireless base station networks will become easy to deploy, even in places where new fiber-optic networks are difficult to install, such as urban areas and places surrounded by mountains or rivers, or for temporary base stations such as for the Olympics. This technology will thereby contribute to providing a pleasant communication environment.