Joining the students before and after the screening of the film was Associate Professor Yuto Koizumi from the Institute for Liberal Arts. Koizumi offered his commentary on the movie and initiated discussion between the student participants, allowing them to enjoy the Hollywood blockbuster in a different way. Koizumi, who also joined the screening of the film Batman Returns during the third evening seminar, specializes in teaching English using the medium of film. 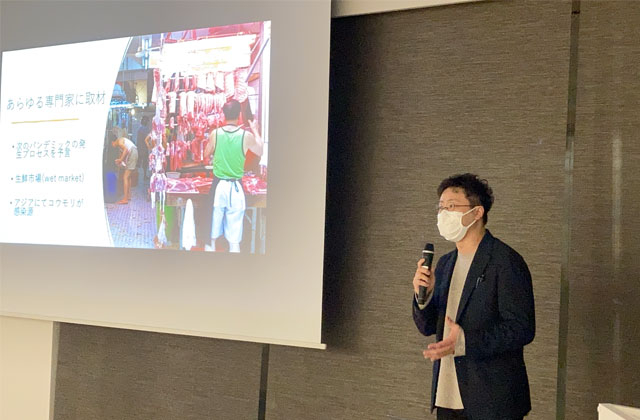 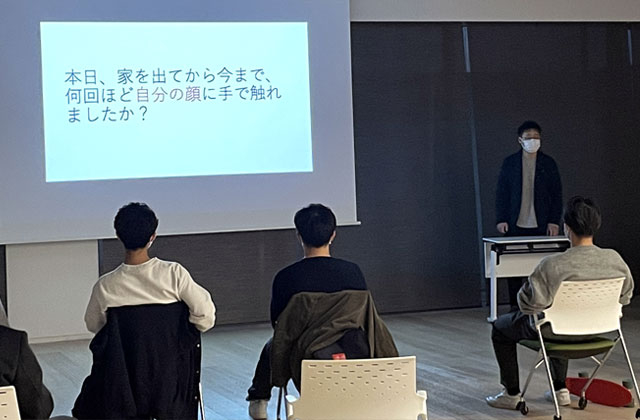 As its title suggests, Contagion is about the spread of a new virus and the chaos the results in society. In addition to introducing viewers to timely terms such as the Center for Disease Control and Prevention (CDC), the film also includes relevant questions that we may be asking ourselves during the COVID-19 pandemic:
- How many times have you touched a public object since you left home today?
- How many times have you touched your own face since you left home today?
By answering these questions during the seminar, the participants were able to experience the film in a new light while considering their own behavior in the face of a contagious virus.

After the screening, Koizumi explained that the film was based on thorough research which aimed to offer a realistic view of a pandemic while removing typical movie clichés. He then shifted the discussion to director Soderbergh, who is so particular about his camera work that he even works as a camera operator himself. In Contagion, he utilizes freeze frames to express the rapid spread of the virus, Koizumi commented. 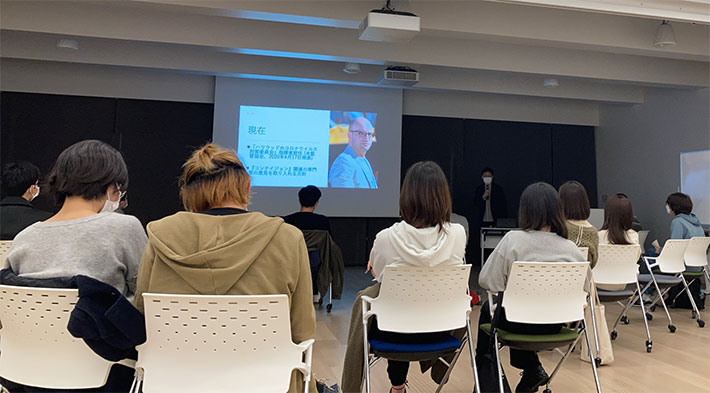 ●I often watch movies and think about the content, but it was very refreshing to do so in the form of a seminar    while conducting discussions with a professor as if in a regular class.
●The seminar included content that I don't usually pay much attention to, such as the director's stories, which    I found interesting.
●I could sense the lecturer's love for this film as he spoke passionately about one of his favorite movies.
●The film stars many great actors, but I didn't even know the title before this event, so I was glad to be able to    watch it with some commentary.
●I learned plenty of new things, so I was glad I participated.

Due to time constraints, organizers were not able to host a question-and-answer session within the official schedule, but some participants showed great interest in gathering with the lecturer afterwards to ask questions and continue the discussion.

Tokyo Tech's peer life coaches will continue to hold film and other evening seminars organized by students for students.