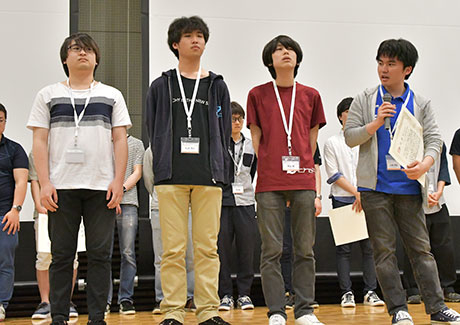 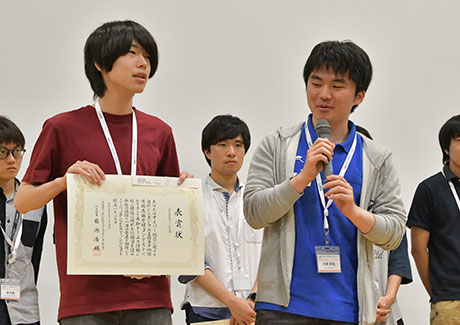 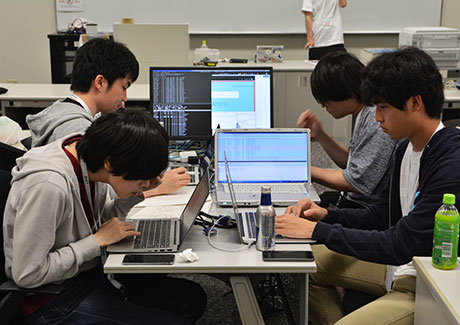 Focused during the finals

We won this contest last year, and we were aiming for no less this year. We were prepared and assigned roles appropriately, but came across difficult problems during the contest, and were not able to produce the desired result. We tried to investigate and change router and server settings, and strived to provide appropriate solutions, but to no avail. That said, I am delighted that my teammate Shu Takayama and I were awarded the JPCERT/CC Award.

While there may be some changes to the team, we look forward to getting our revenge next year. Meanwhile, traP will continue to create ideas through its club activities.