In addition to President Yoshinao Mishima, who signed the agreement in advance due to a prior engagement, the agreement was also signed by Executive Vice President for Research Makoto Ando and Dean Tetsuo Okada of the School of Science Department of Chemistry in the presence of the French Ambassador to Japan, Mr. Thierry Dana, and Deputy Director of the CNRS Institute of Physics, Professor Niels Keller at the ambassador's residence. 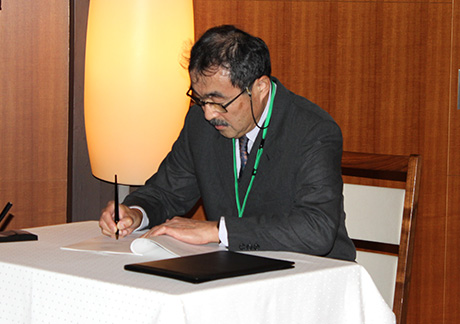 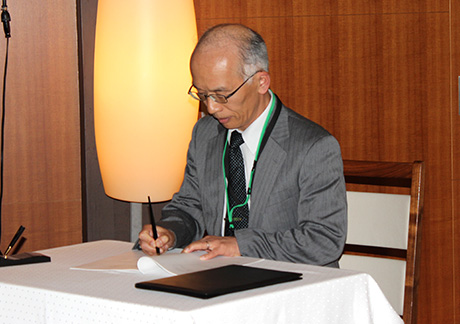 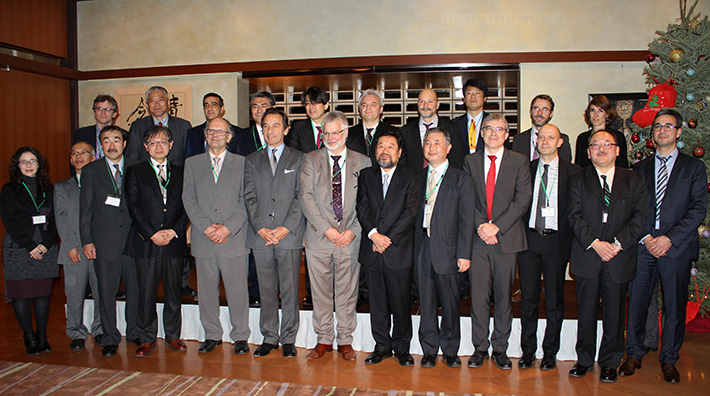 At the new International Associated Laboratory, researchers from eight universities in France and Japan will work closely together through the mediation of the CNRS in order to develop new functional substances that respond to ultra-high-speed optical pulses and electrical fields (such as THz light) and to develop new techniques that are essential for evaluating the changes in physical properties that occur at these ultra-high speeds. From Tokyo Tech, participants include Professor Shinya Koshihara of the School of Science Department of Chemistry (and Institute of Innovative Research), Associate Professor Yoichi Okimoto, and Assistant Professor Tadahiko Ishikawa of the School of Science Department of Chemistry, as well as Dr. Ken Onda, a researcher at the International Education and Research Center of Science at the Japan Science and Technology Agency, and Ms. Tsugumi Umanodan, a doctoral student at the School of Science, Koshihara and Okimoto Laboratory. 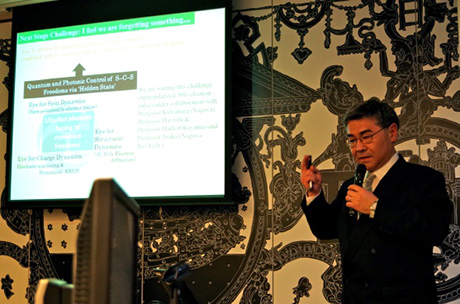 Before the signing ceremony, a symposium was held at the French Embassy on the afternoon of the 12th. Dr. Jacques Maleval, Counselor for Science and Technology, Embassy of France, spoke about the expectations of the new International Associated Laboratory. Next, the coordinators of the agreement — Professor Shin-ichi Ohkoshi of the University of Tokyo and Professor Eric Collet of University of Rennes 1 — along with representatives of each university, explained the background of the agreement and provided details of the academic contents. Tokyo Tech's Koshihara gave a presentation on the research goals of a project concerning high-efficiency, ultra-high-speed optical information control and observations of the light-energy conversion process.

Surrounded by Christmas decorations, the vice presidents of participating universities then explained the characteristics of their universities in a warm and friendly atmosphere. Collet, who is the representative coordinator from the French universities, explained the background of the collaboration between French and Japanese universities — the basis for the agreement. Exchanges first began between Koshihara and Professor Hervé Cailleau, now professor emeritus of University of Rennes 1, some 20 years ago through the mediation of then Professor Tadeusz M. Luty of Wrocław University of Technology in Poland (former president, current professor emeritus). The collaboration gradually gained momentum, with members from various fields and universities joining in, and eventually developed into a university-wide exchange agreement among all participating universities which included partial participation in the Erasmus Program (MaMaSELF: Master in material science exploring large scale facilities 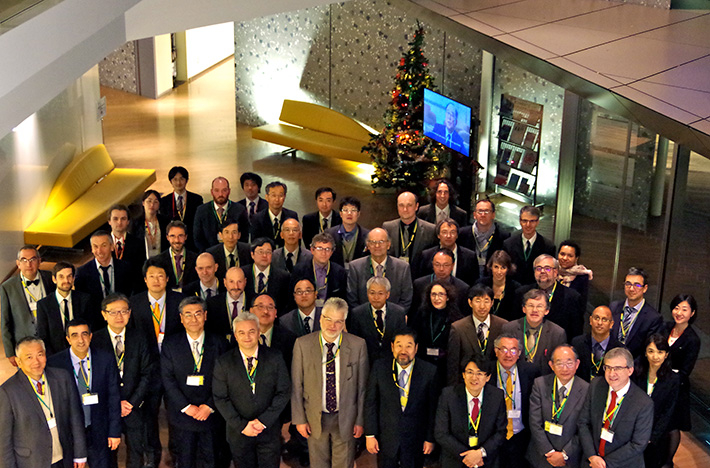 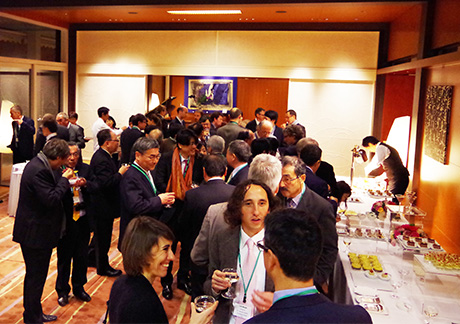 Following the signing ceremony, a grand celebratory cocktail party was held at the ambassador's residence. Significant discussions regarding the future of joint research, differences in culture between Japanese and French universities, and how to promote future international cooperation continued among the participants late into the evening. 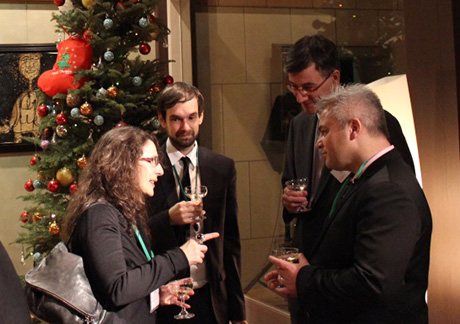 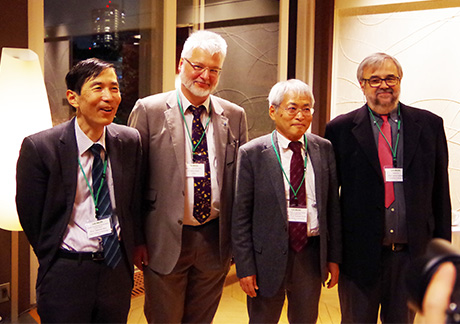