Cats in a Cage: Novel Hybrid Nanocages for Faster Catalysis

Biological polymers can spontaneously self-assemble into complex structures that resemble vessels or cages, but are much smaller, and are referred to as "nano-cages." These structures can accommodate a wide range of molecules inside them that behave as "guests." One popular example is the "ferritin nanocage," which is formed by the self-assembly of 24 subunits into the protein ferritin and can enclose metal ions that are important catalysts. With the help of these metal ions, a catalytic reaction converts any substrate into a product. Although widely known, the ferritin cage's potential applications in industry have yet to be fully explored.

Thus far, most efforts to increase metal ion uptake in ferritin have resulted in cages with low stability. To make the "guest" sit well within the cage, effective design is the key. Keeping that in mind, a team of scientists led by Prof. Takafumi Ueno, from Tokyo Institute of Technology, Japan (Tokyo Tech), introduced site-specific mutations at the core of the ferritin nanocage and increased its uptake of iridium complex (IrCp*). Their findings are published in Angewandte Chemie

. Iridium is a vital catalyst in the alcohol production pathway and is used commercially in the pharmaceutical, food, and chemical industries.

Prof. Ueno explains, "Based on previous literature, we knew that the presence of coordination amino acids in the cage improve iridium activity, and that substituting these amino acids with appropriate residues could alleviate the problem. Since iridium complex behaves as a catalyst, coordination residues would do the job." The authors used the amino acid histidine to replace two residues, arginine, and aspartic acid of the regular (wild type) ferritin cages and create the mutants R52H and D38H. Remarkably, the assembly structure or cage size were not affected by these changes.

Next, they added IrCp* to the mutants and found that R52H was able to embed 1.5 times more iridium atoms than the wild type cage (Figure 1). But, what struck them was the D38H mutant, which behaved exactly like the wild type! So, why didn't both mutations have the same effect? According to Prof. Ueno, "This implies that it is not only the presence of the histidine residue but also its position that is crucial to determine uptake efficiency in the cage."

Using the new catalytic cages, the researchers were able to accomplish alcohol production rates as high as 88%. Evidently, the mutations favored a structural re-arrangement of the reaction components, which enhanced the conversion rate (Figure 2). 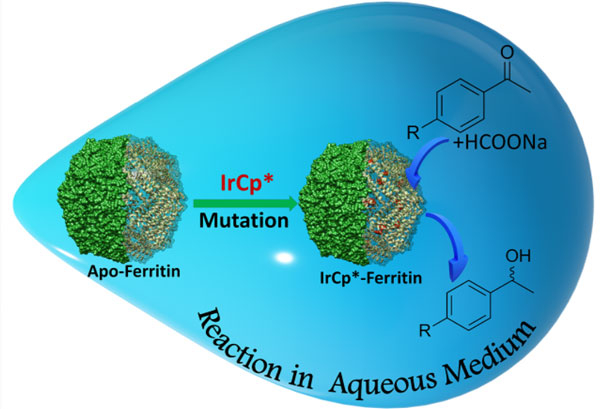 Figure 2. A hybrid bio-nanocage formed by the ferritin protein The nanocage acts as a hybrid bio-catalyst during the conversion of substrates to alcohols with high specificity.

"These hybrid bio-nanocages were also found to be highly stable, suggesting that they could be used as viable catalysts in industrial applications," concludes Prof. Ueno. The current structure-based design of the metal ion binding site research could be advanced to create novel ferritin mutants with selective uptake of specific guest molecules, for varied catalytic applications in the chemical and pharmaceutical industry.