The Capstone Design Project Course, which began in 2018, consists of a hands-on design project that allows students to apply their engineering design knowledge and skills during the final stages of their bachelor program studies, but also functions as an exchange program between Tokyo Tech and Taiwan Tech. Participants include undergraduate students studying in the Global Development Engineering Program (GDEP) at Taiwan Tech, who take all their classes in English, and bachelor-level students affiliated with one of the three Tokyo Tech Schools mentioned above. After taking lectures related to the project theme given by faculty members of both universities, the students are divided into several teams at both Tokyo Tech and Taiwan Tech. Each team designs and prototypes a mechatronics system which is evaluated in a final competition.

Contents of the program

In the past, Tokyo Tech students also spent one month at Taiwan Tech, but this component of the course has not been possible in recent years due to COVID-19. The program was completely cancelled in 2020 and 2021 for the same reason. This year, the program was conducted fully online for the first time.

The project theme in 2022 was "Development of a vehicle driven by a fuel cell with hydrogen gas obtained by electrolysis of water." Twenty Taiwan Tech students and six Tokyo Tech students joined this program. Between August 10 and 16, all participants took the following lectures on the fundamentals and design of fuel cell vehicles given by Tokyo Tech faculty members: 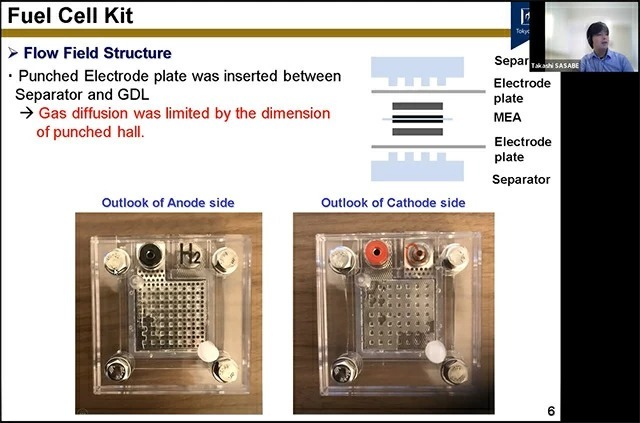 After this, Assistant Professor Tai-Chin Chang, Assistant Professor Hsin-Chih Huang, and Lecturer Hsin-Ping Huang from Taiwan Tech, and Professor Gen Endo from Tokyo Tech gave participants practice activities to attempt prototyping with 3D printers. Participants were divided into five teams before they began their discussions, designing, and prototyping. Because the fuel cell vehicle had to be prototyped at both universities, four Taiwan Tech teams and one Tokyo Tech team were created. 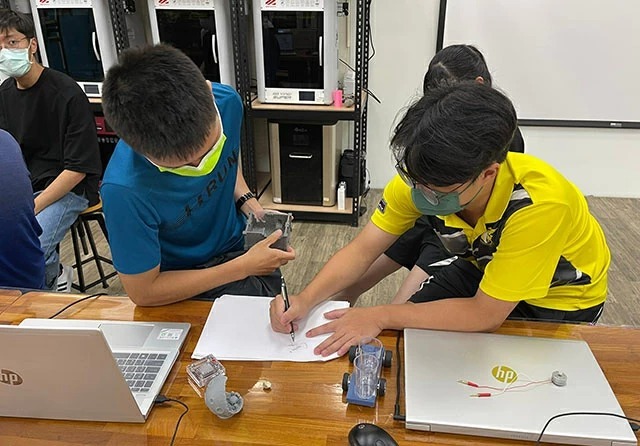 After receiving a fuel cell experiment kit, each team utilized 3D-CAD software and a 3D printer to design and prototype a vehicle body which can mount two tanks for hydrogen and oxygen gases obtained by electrolysis of water, and a wheel drive system with a DC motor. One condition was that the prototyped fuel cell vehicle had to run a specified distance in the final competition. The teams had just 12 days to design, prototype, test, and improve their vehicle.

The final competition was held by online at both universities on August 31. Assistant Professor Chang, deputy chairperson of GDEP, served as the chair of the final competition. To kick things off, each team delivered a presentation on the key points of their design. The specified running distance of between 10 and 30 meters was determined by lottery. Each team had to adjust the amount of hydrogen gas needed for the specified running distance. 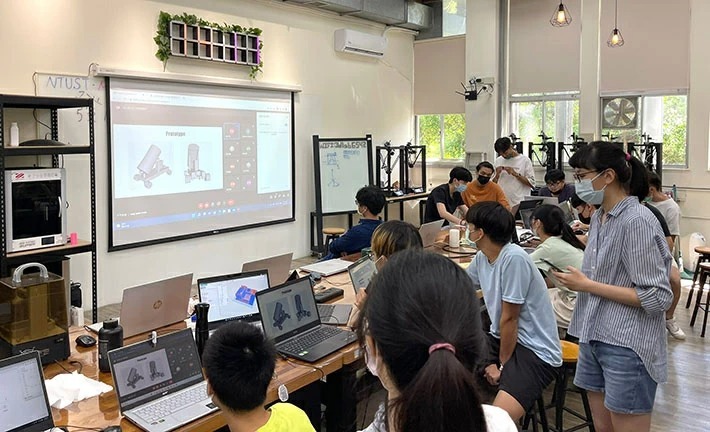 Presentation on key points of design 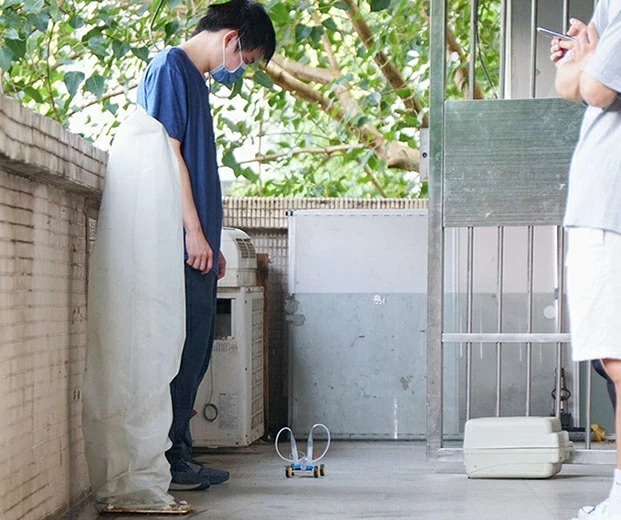 The presentation and appearance of the vehicles were evaluated by other participating students and faculty members. The difference between the specified and achieved running distance was also quantitatively evaluated. After a tough contest, the following team from Tokyo Tech was selected as the winner:

The competition ended with an awards and course completion ceremony, where all participating students received certificates of completion signed by deans from both Tokyo Tech and Taiwan Tech. Students from both universities also earned credits for their participation in Capstone Design Project Course 2022. 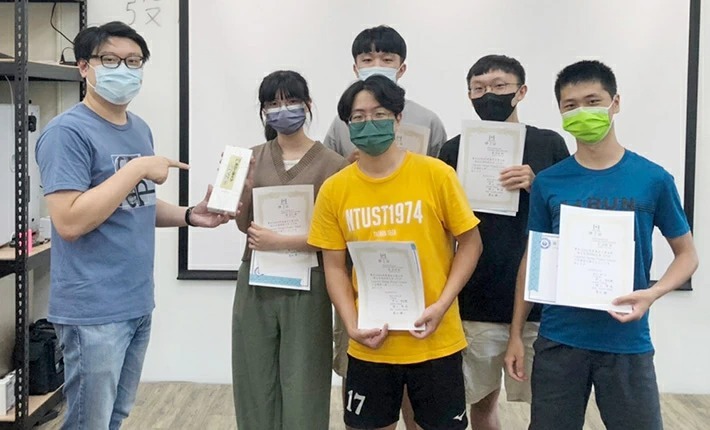 It's a great pleasure to be part of the team that won the 1st prize in the final competition of Capstone Design Project Course 2022. Despite the tight schedule, I experienced significant growth by designing and building a fuel cell vehicle with members of different study backgrounds. We had just two weeks to propose new ideas and finish the final prototype. This was my first time designing a drive system and testing a fuel cell. Our vehicle body even fell apart during one of the running tests. However, we continued to deepen our interdisciplinary discussions on such failures, and went through plenty of trial and error, allowing us to develop a superior vehicle and win this competition. I would like to utilize these stimulating experiences for my future studies and research.