Tokyo Tech's creation for the 26th Satellite Design Contest held in Kurume City, Fukuoka Prefecture on October 27, has been selected for the Honorable Mention Award. A nine-member team of students led by Sho Tamura, a first-year master's student in Mechanical Engineering, designed RAKU using the knowledge they acquired on the Space Systems Design course at the Institute.

RAKU is not a satellite, but rather a showering device intended for use on the International Space Station (ISS). A space shower was available on the ISS in the past, but was removed due to difficulties in removing water droplets from the shower room. RAKU, which loosely translates to “comfort,” aims to provide astronauts with a new form of space hygiene by simplifying the water droplet removal process after use.

RAKU and its creators 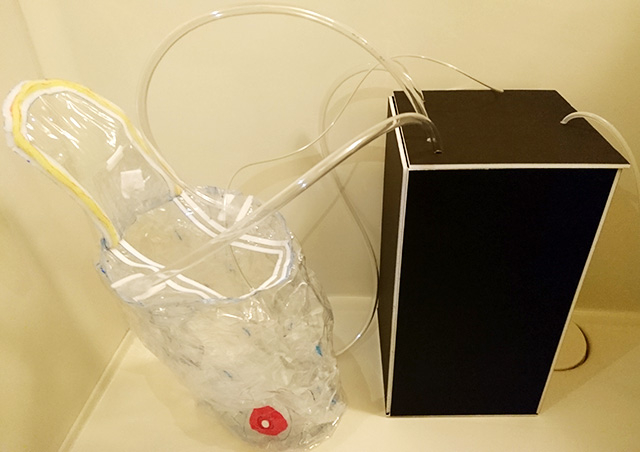 I was very surprised that our team was selected for the Honorable Mention Award. I think we were rewarded for the uniqueness of our idea, which really had very little to do with satellites. The fact that the contest was not in any way related to my research allowed me to think very far outside the box. Our biggest challenge was how to remove water droplets from the shower environment with minimal effort. The final solution came from outside the Space Systems Design course. I just suddenly realized that the dustproof clothing I now and again used during research was a cheap, disposable option. I often hear that “the best ideas come when you least expect them,” and this time that was certainly true.

The Satellite Design Contest is a contest-style education program for high school, vocational school, technical college, university, and graduate students hosted jointly by the Japan Society of Mechanical Engineers, the Japan Society for Aeronautical and Space Sciences, the Institute of Electronics, Information and Communication Engineers, and other organizations.

The competition is divided into three categories: Design, Idea, and Junior. Works are scored by a panel of judges at an initial screening based on ideas, ingenuity, fundamental technical knowledge, and future prospects. Approved projects progress to the final public review event in October, where students present their works and winners are selected.

This year's Idea category included 28 initial applicant teams. Four of these, including Tokyo Tech, progressed to the finals. 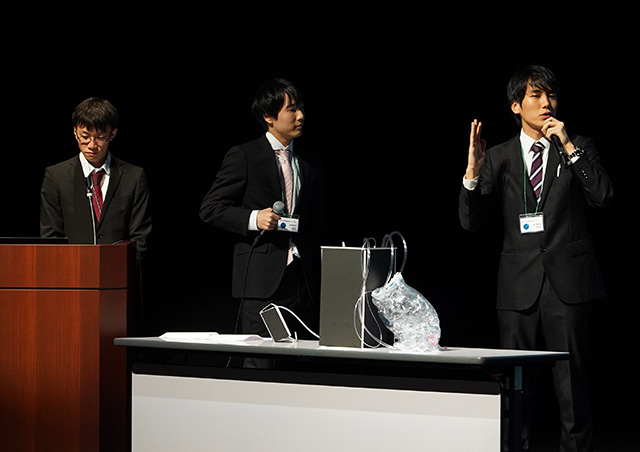 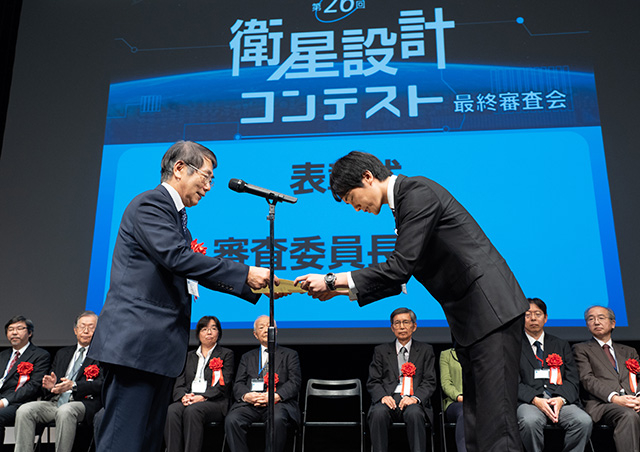 Tokyo Tech's Space Systems Design course is a master's-level course led by Professor Saburo Matunaga and colleagues at the School of Engineering. It is divided into two main areas of study: satellite system and rocket system design.

In the former, lectures cover topics such as small satellite systems, mission ideas, and spacecraft dynamics and control. Students formulate their own presentations, proposals, and discussions, with additional knowledge and reference materials provided as needed. One of the course goals is to participate in a satellite design or a spacecraft control contest where students present the works they have created.