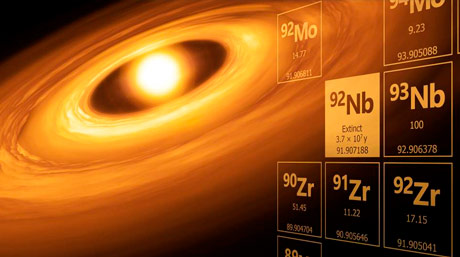 Evidence of extinct radionuclides like Niobium-92, which formed before the birth of our Solar System, has been identified in meteorites. Using this evidence, scientists at Tokyo Institute of Technology (Tokyo Tech) ETH Zürich, National Institute of Polar Research, and Konkoly Observatory pinpointed the initial abundance of Niobium-92 by studying rare rutile and zircon minerals from meteoritic fragments. This allowed them to date events in the early Solar System with greater precision and provide constraints on the production of Niobium-92 in different types of supernova explosions.