Uranus' strange axis of rotation and the unusual properties of its moons and ring system are likely due to an ancient giant icy impact. 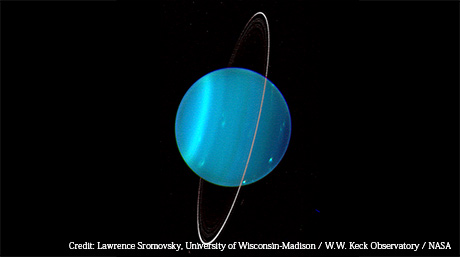