Astronomers found signs of a growing planet around TW Hydra, a nearby young star, using the Atacama Large Millimeter/submillimeter Array (ALMA). Based on the distance from the central star and the distribution of tiny dust grains, the baby planet is thought to be an icy giant, similar to Uranus and Neptune in our Solar System. This result is another step towards understanding the origins of various types of planets.

A number of extrasolar planets have been found in the past two decades and now researchers agree that planets can have a wide variety of characteristics. However, it is still unclear how this diversity emerges. Especially, there is still debate about how the icy giant planets, such as Uranus and Neptune, form.

To take a close look at the planet formation site, Takashi Tsukagoshi at Ibaraki University, Hideko Nomura at Tokyo Institute of Technology et al., observed the young star TW Hydrae. This star, estimated to be 10 million years old, is one of the closest young stars to the Earth. Thanks to the proximity and the fact that its axis of rotation points roughly in the Earth's direction, giving us a face-on-view of the developing planetary system, TW Hydrae is one of the most favorable targets for investigating planet formation.

The team observed the disk around TW Hydrae with ALMA in two radio frequencies. Since the ratio of the radio intensities in different frequencies depends on the size of the dust grains, researchers can estimate the size of dust grains. The ratio indicates that smaller, micrometer-sized, dust particles dominate and larger dust particles are absent in the most prominent gap with a radius of 22 astronomical units2. 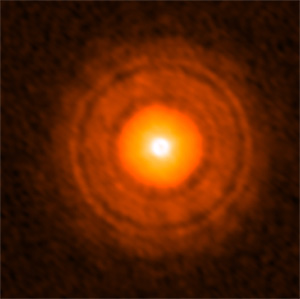 Figure 2.ALMA image of the disk around the young star TW Hydrae. Several gaps are clearly depicted. Researchers found that the size of the dust particles in the inner 22 au gap is smaller than in the other bright regions and guess that a planet similar to Neptune is located in this gap.
© ALMA (ESO/NAOJ/NRAO), Tsukagoshi et al.

Researchers calculated the mass of the unseen planet based on the width and depth of the 22 au gap and found that the planet is probably a little more massive than the Neptune. "Combined with the orbit size and the brightness of TW Hydrae, the planet would be an icy giant planet like Neptune," said Tsukagoshi.

Following this result, the team is planning further observations to better understand planet formation. One of their plans is to observe the polarization of the radio waves. Recent theoretical studies have shown that the size of dust grains can be estimated more precisely with polarization observations. The other plan is to measure the amount of gas in the disk. Since gas is the major component of the disk, the researchers hope to attain a better estimation of the mass of the forming planet. 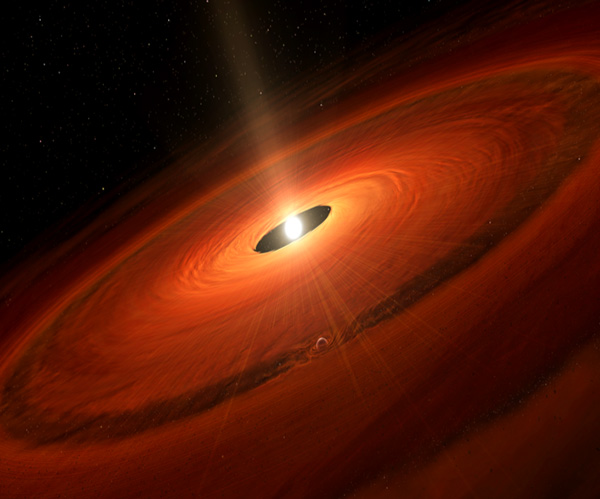 Figure 3.Artist's impression of the dust disk and a forming planet around TW Hydrae.

1 multiple gaps in the disk

" issued on March 31, 2016 for more details. Astronomers observed radio waves from TW Hydrae in only one frequency in the previous observations and could not estimate the size of the dust particles.

One astronomical unit corresponds to the distance between the Sun and the Earth, 150 million kilometers.

These observation results were accepted for a publication as Tsukagoshi et al. "A Gap with a Deficit of Large Grains in the Protoplanetary Disk around TW Hya" by the Astrophysical Journal Letters.