Earth's inner core is younger than we thought

Scientists at Tokyo Institute of Technology in collaboration with researchers across Japan have measured the electrical resistivity of solid iron at high pressures and temperatures similar to those found at the Earth's core. Their experimental results support the theory that the inner core formed less than 0.7 billion years ago, which is younger than previously thought.

The interior of the Earth is made up of concentric layers of solid and liquid material. The centre part is the liquid outer core, which generates the Earth's magnetic field, and an inner core, thought to be made of solid iron mixed with traces of other lighter elements. Verifying the exact details regarding Earth's inner core formation is challenging, as the conditions at the core are incredibly difficult to replicate in the laboratory.

Now, Drs. Kenji Ohta and Kei Hirose at the Tokyo Tech, in collaboration with researchers across Japan, have made use of advanced technology to demonstrate that the electrical resistivity of solid iron at high pressures (P) and temperatures (T) is far lower than previously thought. Their experiments back up recent theoretical studies suggesting the Earth's inner core is less than 0.7 billion years old.

Ohta, Hirose and their team measured the electrical resistivity of solid iron in a laser-heated diamond-anvil cell. They took measurements at a variety of different temperatures, from 300 kelvin (K) to 4500 K, and at pressures of up to 212 gigapascals (GPa) — the high end of both scales representing Earth's core conditions. The researchers found that the high P-T resistivity of iron measured in this study is even lower than the extrapolation of high-P/low-T data by the Bloch-Grüneisen law that only considers the electron—phonon scattering. This shows that the iron resistivity is significantly suppressed by the resistivity saturation effect at high temperatures.

As Kenji Ohta suggests in the 2016 paper published in Nature: "The low electrical resistivity of iron indicates the high thermal conductivity of the Earth's core, suggesting rapid core cooling and a young inner core less than 0.7 billion years old. Therefore an abrupt increase in palaeomagnetic field intensity around 1.3 billion years ago may not be related to the birth of the inner core."

Scientists have long analysed palaeomagnetic data and investigated when geomagnetism began and how old the inner core is. Heat and electrical transport properties of core is key parameters to tackle the questions. However, it is a challenge to determine the parameters from high P-T experiment, not least because it is difficult to replicate the immense heat and pressure found deep under the Earth's surface. Previous studies were based on large pressure and temperature extrapolations of low pressure and low temperature data. Although shock compression experiments enable to generate the core conditions, the electrical resistivity of metals measured using this method were often over-estimated because of defects triggered during the shock impact.

Advances in highly-specialized instrumentation are now allowing scientists to subject metals to high pressures and temperatures closer to those conditions found inside planets. Ohta and Hirose used a laser-heated diamond-anvil cell; a tiny device capable of compressing material to immense pressures using diamonds. The team carefully shaped every piece of iron foil to fit the anvil, ensuring uniform geometry for each experiment. The iron samples were heated to temperatures of 4500 K and compressed to pressures of up to 212 GPa. The researchers also included data from experiments involving nickel and silicon's behaviour at Earth's core conditions, as traces of these elements are also thought to be present in the core.

This is the first experimental demonstration to determine the conductivity of iron at static high P-T conditions corresponding to the Earth's core. The obtained low electrical resistivity of iron under the core conditions suggests that the Earth's inner core behaved differently during formation than previously thought. The results of these new experiments back up a recent theory that the inner core formed less than 0.7 billion years ago. 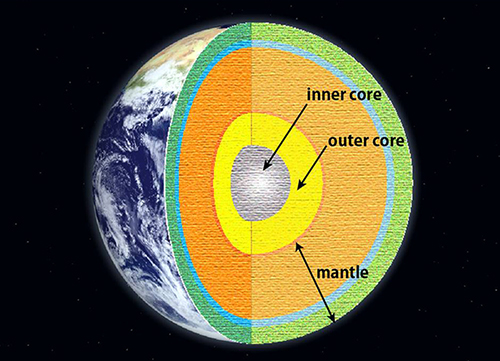 Figure 1.A cross-sectional drawing of the Earth