health++, an annual contest held at Stanford University to tackle healthcare challenges, brings together engineers, entrepreneurs, designers, and healthcare professionals. This year, 19 teams aimed to tackle the issue of affordability in healthcare. 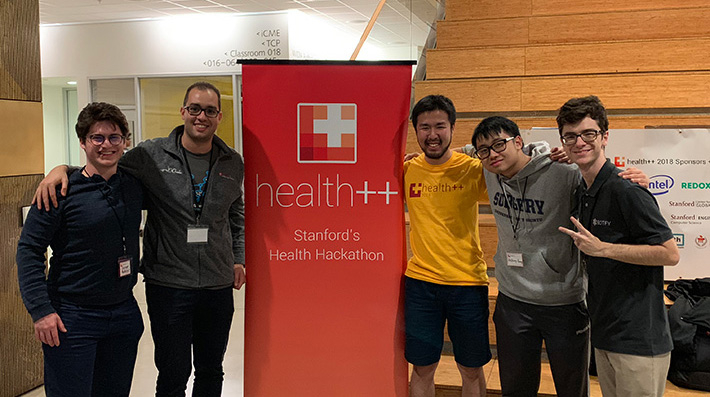 Team BEETLE: (from left) George Padeigis from McMaster University, Ahmed A. Metwally from Stanford University, Hajime Fujita from Tokyo Tech, Anthony Huang from the University of Toronto, and Marcelo H. Pillonetto from Military Institute of Engineering

Team BEETLE was born after a participant from Brazil raised the issue of drug-resistant bacteria at the beginning of the hackathon, and interested members volunteered to find a solution.

Fujita's team developed a device to extract and amplify multidrug-resistant DNA and constructed a system that measures the type of resistant bacteria quickly and easily. 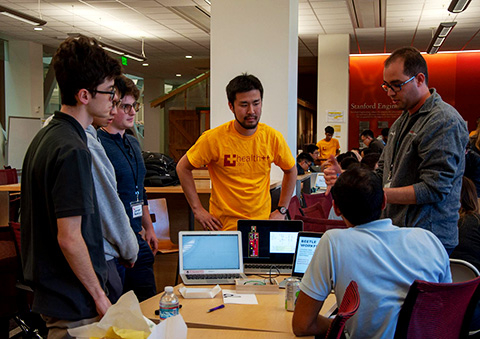 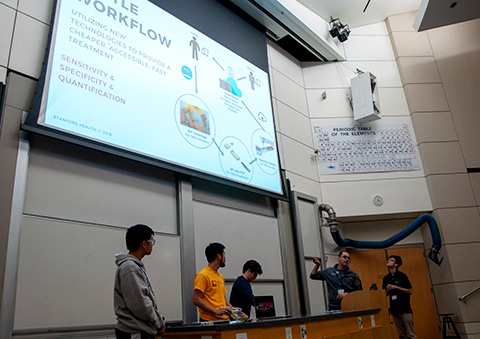 Pitching to the audience during finals

Team BEETLE consists of five students and researchers from Stanford University, Brazil's Military Institute of Engineering, the University of Toronto, McMaster University, and Tokyo Tech specializing in biology, computer science, and electrical engineering. Fujita, who participated as both a bioengineer and hardware engineer, was in charge of system device development and business model creation. 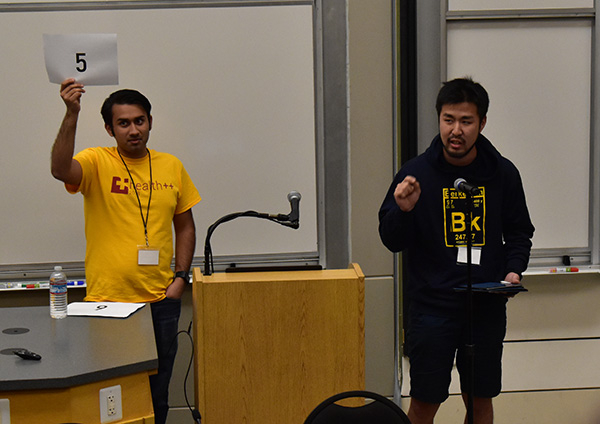 Fujita during his pitch presentation

Biodesign — combining design with solutions to unmet health care needs — is currently a trending concept at Stanford University, the home of design thinking. We will continue to test our product and hope to bring it to market soon.

When I participated in the Entrepreneurship Camp at Korea Advanced Institute of Science and Technology (KAIST) last July, we also tackled product design in multinational teams — much like at the Stanford hackathon. At KAIST, however, due to a lack of leadership and varying levels of knowledge among our team members, our project fizzled out.

I tried to learn from that failure. This time, we clarified the role of each team member and carried out thorough prototyping based on the needs of potential end users. The result was a synergy that formed between the diverse members of the team. The environment in the United States, and particularly Stanford University, can provide this kind of experience, and I sincerely hope that Tokyo Tech students continue to participate in this competition in the future.

Fujita, while carrying out research in the field of biology, has also been studying sociology under Associate Professor Ryosuke Nishida. Fujita feels that the interdisciplinary approach he has adopted contributed to his success at the hackathon.