Frontiers of Science and Technology

Education reform at Tokyo Tech has ushered in fresh changes since April 2016, which students and faculty members alike have embraced. One change aims to expose all 1st-year undergraduate students, including those in the Global Scientists and Engineers Program (GSEP)

, to leaders from various fields early in their undergraduate lives, allowing them to experience how these leaders approach difficult problems. Students can use these experiences to chart a future vision of themselves and then work backward to construct a plan for how they will proceed academically. Several new courses follow this concept. One of these is the Tokyo Tech Visionary Project

, initiated by the Institute for Liberal Arts. Another is the Frontiers of Science and Technology course.

Learning from front-line researchers and specialists

Traditionally, when students enter Tokyo Tech at the undergraduate level, they join an Academic Group

based on their personal interests, and learn within that group for their first year before opting for a specialization. Throughout the Frontiers of Science and Technology course, however, faculty members from the seven Academic Groups invite world-leading scientists and engineers to provide lectures to all participants, regardless of the Academic Group to which they belong. This allows students to more directly observe the links between society and the wide spectrum of science and engineering, and to begin thinking about where they want to position themselves along this spectrum. 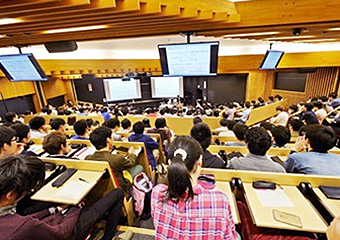 At the Tokyo Tech Lecture Theatre

Since the beginning of the course, the Tokyo Tech Lecture Theatre has been the venue for all lectures making up the Frontiers of Science and Technology. In 2016, the 5th Academic Group invited two project leaders from the Japan Aerospace Exploration Agency to speak about Akatsuki and Hayabusa2, two of Japan's newest space probes. The guest speaker for the 7th Academic Group focused on green fluorescent protein, the research topic of 2008 Nobel Prize laureate Osamu Shimomura.

Based on surveys, many of these lectures had a lasting impact on students in terms of their future direction and goals. This feedback prompted some Academic Groups to repeat their 2016 lectures the following year.

Results of post-course surveys in AY 2017 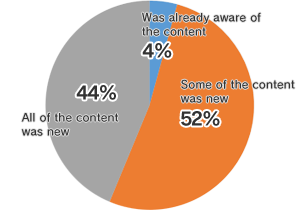 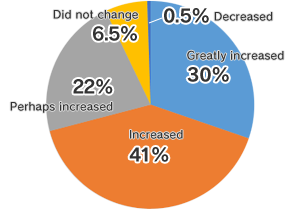 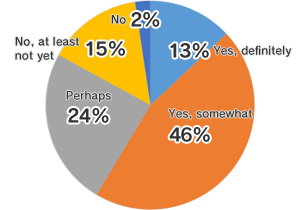 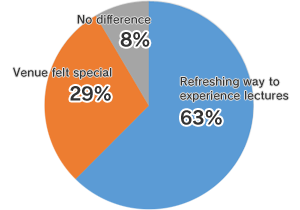 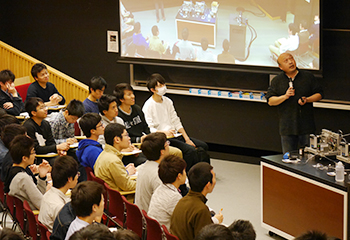 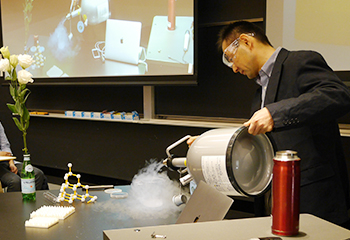 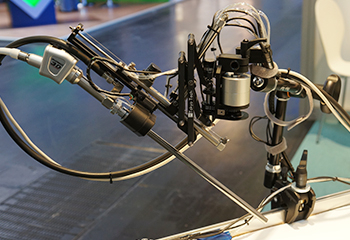 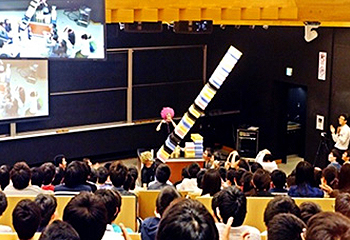 In both 2016 and 2017, the final lecture of the course was a rare moment with Tokyo Tech alumnus and 2000 Nobel laureate in Chemistry Dr. Hideki Shirakawa. During his talk entitled "The discovery and serendipity of conductive polymers," Shirakawa spoke not only about his award-winning research, but also shared his personal feelings concerning life as a university student and researcher. 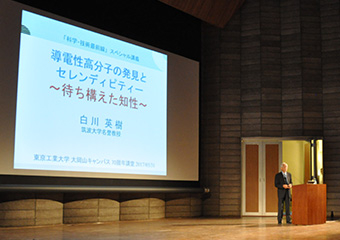 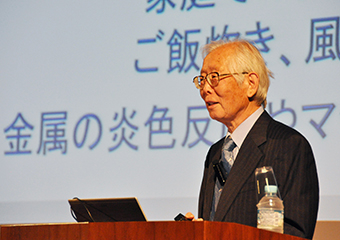 As expected, each lecture in 2017 was followed by a blitz of questions from the young audience. Enthusiasm was also clear in the post-course feedback, which was as positive as in the previous year. Many students felt that their live experiences with cutting-edge researchers boosted their motivation to learn.

The lectures, however, were only the beginning, and an important strategic learning process continues for each individual student during their undergraduate life. By encouraging participants to first consider a desired future and then backcast their path "from there to here," the Frontiers of Science and Technology course allows students to proactively set, establish commitment to, and — throughout their time at Tokyo Tech — explore a variety of incremental solutions to achieve their personal goals.