A replica of the Nobel Prize medal won by Honorary Professor Yoshinori Ohsumi recently went on display at the Exhibition space of the Tokyo Tech Museum at Suzukakedai Campus.

The exhibition also includes a replica of the medal awarded to Hideki Shirakawa, winner of the 2000 Nobel Prize in Chemistry, posters explaining the discoveries of the two laureates, in addition to regular exhibits. 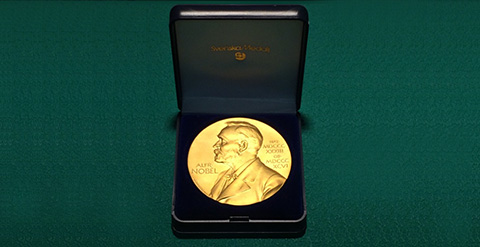 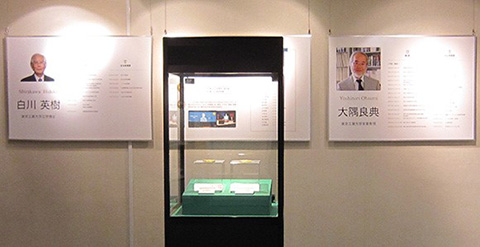 Those who want to view the replica on Homecoming Day at Ookayama Campus can do so on the first floor of the Centennial Hall Building from 10 a.m. to 5 p.m. on May 20, 2017.