This "Spotlight" series features a laboratory from the Department and introduces you to the laboratory's research projects and outcomes. This time we focus on Ueno Laboratory. 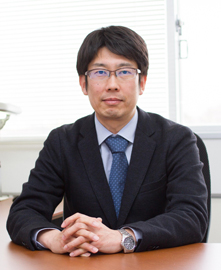 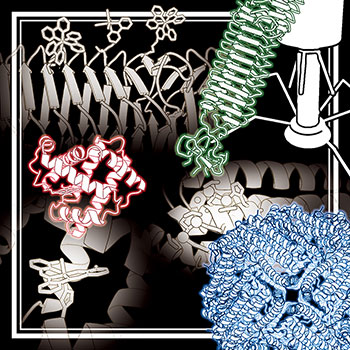 Bioinorganic chemistry is of growing importance in the fields of nanomaterial science and biotechnology. Coordination of metals by biological systems is a crucial step in intricate enzymatic reactions such as photosynthesis, nitrogen fixation and biomineralization. Although such systems employ proteins as molecular scaffolds, the important roles of proteins in coordination chemistry have not been systematically investigated and characterized. Many researchers are joining the field of bioinorganic chemistry to investigate the inorganic chemistry of proteins. This area is emerging as an important next-generation research field in bioinorganic chemistry. My research group has recently reported rational design methods of proteins in coordination chemistry for integration of catalytic reactions using metal complexes, preparation of mineral biomimetics, and mechanistic investigations of biomineralization processes with proteins.

The design of protein assembly has attracted much attention in the filed of bionanotechnology and biomaterial sciences because the protein assemblies with highly ordered nanostructures can be utilized as reaction vessels and molecular templates to create new functions. Various protein assemblies can provide chemical environment to be utilized for incorporation and/or display of inorganic materials and metal complexes as well as functional organic molecules with catalytic, magnetic and optical properties. Typical protein assemblies are suitable for the application. Protein cages, such as virus and ferritin, are utilized as molecular templates for preparation of metallic nanoparticles and immobilization of metal complexes within the cage to be applied to catalysis and drug delivery systems. Various functional molecules such as organic chromphores, metal complexes, and proteins, are precisely aligned on the surface of the protein tubes for applications in construction of light-harvesting system, catalysis, and in vivo imaging. Therefore, the fields of advanced materials by protein assemblies including designing artificial protein assemblies are in rapid expansion.