The Tokyo Tech Museum and Archives and the Yamada Lab of the School of Life Science and Technology hosted the second Science Cafe on March 30. Roughly 40 members of the public, consisting mainly of elementary school children, gathered at the T-POT learning commons of Centennial Hall at Ookayama Campus to learn and play. The event focused on the theme of intestinal bacteria, which was also the focus last year.

Children and parents gather at T-POT for Science Cafe 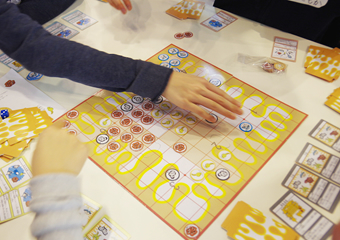 Unlike the large venues of conventional lectures and symposia, Science Cafe aims to connect researchers and scientists with members of the public to discuss science topics in a smaller, cozier atmosphere. This type of science communication has recently increased both at Tokyo Tech and around the world.

The human intestines are said to contain a total of 100 trillion bacteria consisting of 1,000 different types. In recent years, techniques for their analysis have dramatically improved, enabling comprehensive investigation which has led to numerous significant discoveries. To help the public visualize and better understand the mechanisms and activity of bacteria, students organizing the Science Cafe developed a bacteria-themed board game which was the focus of the event. Before game time, Tokyo Tech students gave a simple explanation of intestinal bacteria mechanisms. 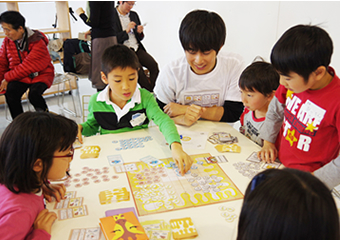 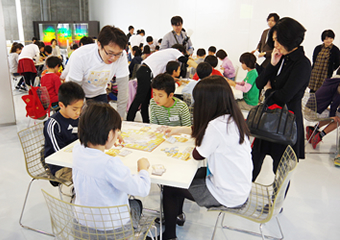 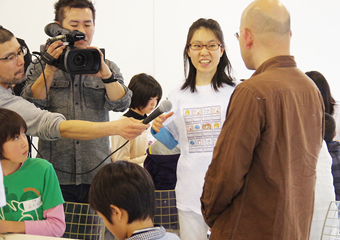 Students recorded all their activities themselves 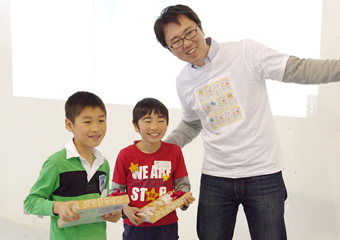 Game winners were all smiles

This was the second Science Cafe by student members of the Japanese Consortium for Human Microbiome. All planning, execution, and filming at the event were carried out by students. Many parents accompanying their children complimented the student's activities, saying that vast improvements had been made since last year.

Everyone is invited to explore the joys of science at the next Science Cafe event. 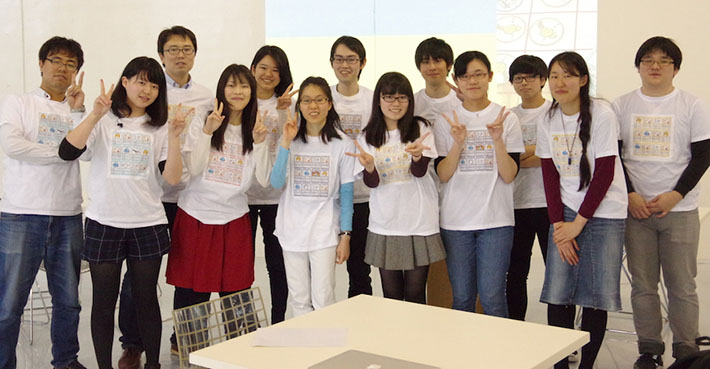