Our group studies the construction of bio-inspired dynamical self-organized systems (molecular robots, artificial cells) using information molecules such as DNA. Through their construction, we are challenging to understand "What is Life?" from a physical point of view about nano/micro-scale autonomous systems and to invent novel post-silicon computing-based intelligent molecular machines, molecular computers, and molecular robots with sophisticated functions beyond life systems.

(I) Molecular Robotics and Molecular Computing by nanobiotechnology

The recent progress is as follows 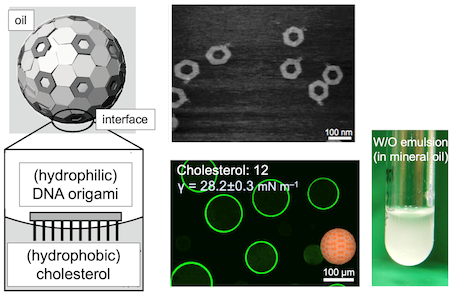 *Find more about the lab and the latest activities at Takinoue Lab.