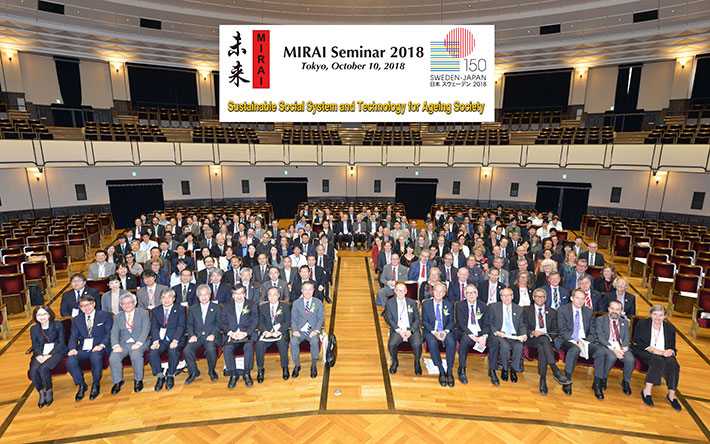 Vice President for International Affairs Hidetoshi Sekiguchi and a Tokyo Tech delegation participated in the second MIRAI Seminar, held from October 9 to 12 in Tokyo.

Conducted as part of the MIRAI Project, an academic, research, and innovation collaboration platform involving 15 research universities in Sweden and Japan, the seminar had previously been conducted at Lund University, Sweden in October 2017.

Researchers, university leaders, funding agencies, government officials, and other interested parties from Sweden and Japan participated in this second seminar, which coincided with the 150th anniversary of diplomatic relations between Sweden and Japan.

Representatives of the eight Japanese and seven Swedish universities participating in the MIRAI Project gathered at Tokyo Tech's Tamachi Campus on October 9 for meetings of the MIRAI Project Steering Committee and the Scientific Committee. Participants reported on activities conducted in the last year and discussed project activities for 2019 and beyond. 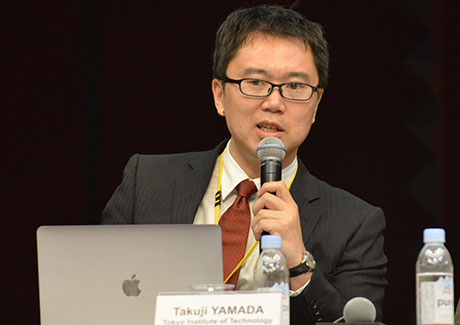 Associate Professor Takuji Yamada of Tokyo Tech's School of Life Science and Technology participated in the afternoon panel discussion on current research issues within the area of Ageing. An expert on bioinformatics, the human gut microbiome, and data visualization, Yamada highlighted the important role of big data and data visualization in an aging society.

Theme-based parallel sessions in the project's target areas of Ageing, Materials Science, Sustainability, and Innovation were held on subsequent days. The sessions brought together researchers from the participating universities for discussions on common research interests and exploration of possible future joint activities. From Tokyo Tech, Professor Takeo Yamaguchi of the Institute of Innovative Research, Associate Professor Yuhei Hayamizu of the School of Materials and Chemical Technology, and Associate Professor Manabu Fujii and Assistant Professor Takumi Ohashi of the School of Environment and Society participated.

A wrap-up meeting of the Scientific Committee was held on the final day. Representatives of the participating universities gathered to confirm outcomes from the parallel sessions and to discuss support for the MIRAI Project after the initial 2017-2019 period. A third seminar will be held in Sweden in 2019.