Exploring the mysteries and the possibilities of the human brain

The Department has a variety of laboratories for Human Centered Science and Biomedical Engineering, in which cutting-edge innovative research is being undertaken not only in basic science and engineering but also in the areas of medicine, pharmacy, agriculture, and multidisciplinary sciences.

This "Spotlight" series features a laboratory from the Department and introduces you to the laboratory's research projects and outcomes. This time we focus on Hiroyuki Akama Laboratory.

Understanding how the human brain categorizes information through signs and language is a key part of developing computers that can ‘think‘ and ‘see‘ in the same way as humans. Our laboratory explores the human brain by using fMRI with machine learning and graph theoretical analysis to lead our findings to a technological development.

I) Conceptual Modeling in Neuroimaging 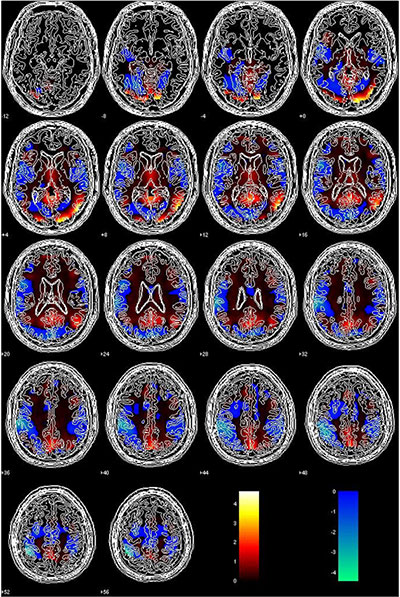 Some open theoretical questions are addressed on how the mind and brain represent and process concepts, particularly as they are instantiated in particular human languages. Recordings of neuroimaging data should provide a suitable empirical basis for investigating this topic, but the complexity and variety of language demands appropriate data-driven approaches. Multivariate classification techniques (MVPA) have proven to be powerful tools for distinguishing neural and cognitive states in fMRI. Our laboratory attempted a classifier training and performance for discriminating the semantic categories and the languages with different monolingual and bilingual populations. MVPA elicited satisfactory accuracies over the threshold value for significance, but more noteworthy is that in spite of a salient difference in the signal amplitude, latency and the individual modeling precision, it was discovered that the mean accuracy of the prediction models could be simulated by a positive gamma function peaking at 7 seconds after stimulus onset with a FWHM (Full Width at Half Maximum) of 5.7 seconds. Based on these findings, we are developing a suite of methodologies that holds the promise of being able to holistically elicit, record and model neural processing during language comprehension and production. 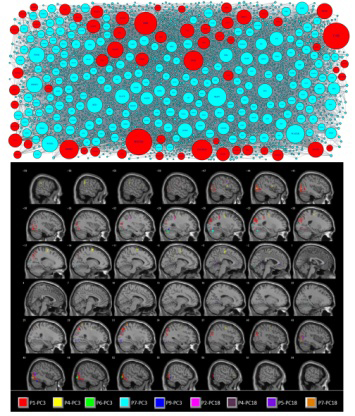 Multi-Voxel Pattern Analysis (MVPA) in functional magnetic resonance imaging (fMRI) studies is considered effective for studying how the human brain represents the meanings of words, when combined with a representational space of language corpus. However, few attempts have been made to use word association norms as a semantic network to explore how lexical-relatedness is measured as a similarity in neural activation patterns. Now, we have developed an original distance definition for graphs, called the Markov-inverse-F measure (MiF), and measured its effectiveness for predicting a neural activity recorded during conceptual processing in the human brain. Reconciling both geodesic computation and co-occurrence adjustment, MiF provides a linguistic graph information of word association norms (EAT). When applied to the fMRI datasets of Mitchell et al.'s Science research (2008), our model could obtain with the best predictive accuracy a scalar parameter that specifies the degree to which each voxel in the brain is activated by each word. A new fMRI decoding technique was created to elucidate the relationship between semantic and neural networks in computational neurolinguistics.