No photosynthesis, no life. Why don't you study?

This "Spotlight" series features a laboratory from the Department and introduces you to the laboratory's research projects and outcomes. This time we focus on Masuda Laboratory. 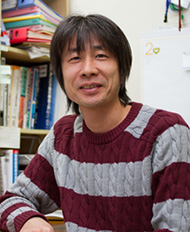 Life on earth mostly relies on energy from the sun that is converted to biochemical energy by photosynthesis. The coordinated control of the photochemical reaction is thus critically important for all living organisms.

Our research is focused on regulation of photosynthesis (Fig. 1). Specifically, we have studied mechanisms of how photosynthetic organisms respond and adapt to different light environments for controlling photosynthesis as well as related metabolisms. These researches include, 1) elucidating the mechanisms of regulation of non-photochemical quenching induction that is necessary for avoiding chloroplast photo-damage under high-light conditions, 2) uncovering the significance of the bacterial stringent response in chloroplasts controlling gene expression and metabolisms, and 3) identifying the molecular action of photoreceptors controlling phototaxis (movement towards light) of cyanobacteria (Fig. 2). These studies have applied for optogenetic studies as well as genetic engineering of starvation-resistant plants (Fig. 3).

We use different organisms, including higher plants, algae, and several types of photosynthetic bacteria. A wide variety of experimental techniques is applied for the research, including genetic modification, biochemical protein characterization, spectroscopic measurements, and physiological analysis. People being interested in the interdisciplinary research are welcome to join. 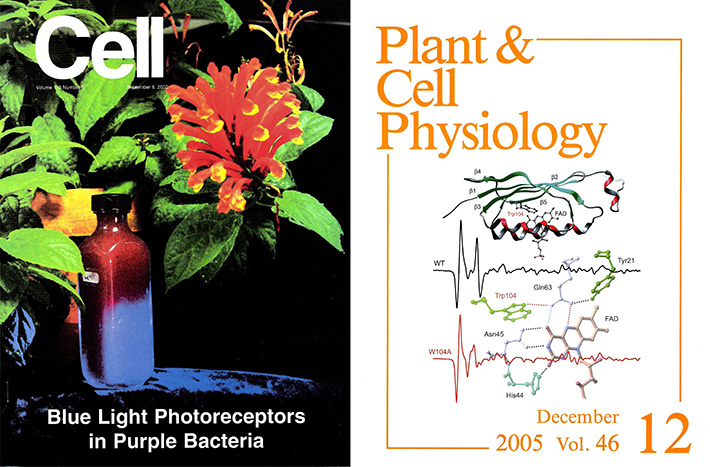 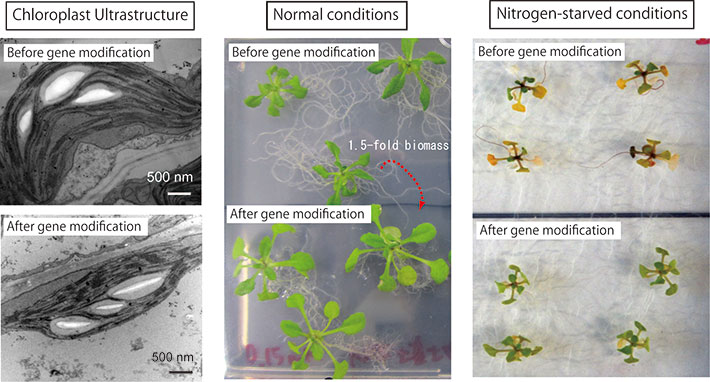