Scientists at Tokyo Institute of Technology (Tokyo Tech), Yamagata University and Harvard University have discovered that environmental oxygen plays an important role shaping the hands and feet during development. The webbing between the fingers of some animals – the interdigital membranes – is formed in different ways across species. They found that removal of the interdigital membrane by cell death depends on the production of reactive oxygen species, which only occurs in embryos exposed to a high oxygen concentration during development. This work gives an interesting example of how novel strategies to shape the body parts may appear during development, linking ecology and evolution of the limb shape. 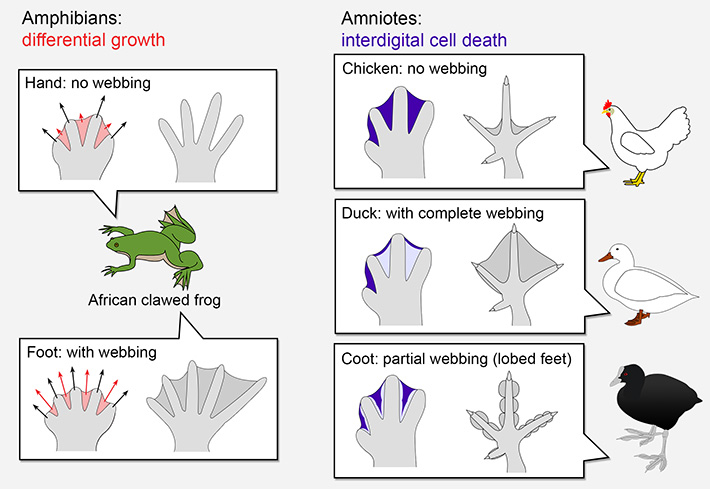 Figure 1. Strategies to shape the limbs.

The balance between growth of the digits (black arrows) and interdigital regions (red arrows) determine if the hands and feet form a webbing in amphibians. Amniotes employ another strategy: their interdigital regions are actively removed by cell death (dark blue). In some species, inhibition of cell death (light blue) was important for the evolution of new limb shapes.

Amphibians, such as frogs and newts, form their hands and feet by differential growth. It means that differences in the growth rate between the digital and interdigital regions will determine the final proportions of these structures. In contrast, amniotes such as birds and mammals employ also cell death to shape their limbs. Removing part of the limb tissue by cell death allowed for the evolution of a great variety of limb shapes, such as the lobed fingers of coots, and even removal of some fingers in horses and camels (Figure 1). However, how this new mechanism appeared was still unknown. Now, researchers identified a surprising factor that could have been crucial for the appearance of interdigital cell death in tetrapods during evolution: the amount of oxygen surrounding the embryo.

How can oxygen shape the limbs?

The study, published in Developmental Cell, is a collaboration between the teams of professors Mikiko Tanaka from Tokyo Tech, Haruki Ochi from Yamagata University and James Hanken from Harvard University. Their goal was to understand the role of environmental oxygen in the evolution of the limbs of tetrapods. The graduate student Ingrid Cordeiro and her colleagues first used the African clawed frog (Xenopus laevis) as a model, as this amphibian has interdigital membranes in their feet. When the frog tadpoles were kept under high oxygen levels, some cells in their interdigital regions died, but not in other parts of their bodies. Increasing the amount of blood vessels – the source of oxygen in the tissue – also had the same effect. These results show how a change in the environment surrounding the tadpoles can affect their development in very specific ways.

Interestingly, production of reactive oxygen species (ROS) was key in this process. ROS are often thought as detrimental to health, and production of ROS is increased in conditions such as aging or infertility. However, ROS are not always villains – they are a natural part of the metabolism that can serve as signals to the cells, including during the formation of the embryo. The researchers showed that production of ROS during interdigital cell death is required in birds. Combined with previous reports in mammals, it is now possible to hypothesize that this mechanism is shared by all amniotes, including humans. In contrast, the amphibians African clawed-frogs and the Japanese fire-bellied newt had low ROS production in their interdigital regions.

Amphibian ecology and the evolution of the limbs

Many amphibians are aquatic for part of their lives, breathing the dissolved oxygen gas from the water. In contrast, amniotes such as chicken develop in an egg that is lined with membranes full of blood vessels that exchange gases with the air. Other amniotes, such as mice and humans, have the placenta, a structure that allows them to get oxygen directly from the mother instead. In these amniotes, oxygen is obtained in a very efficient way in comparison with the amphibian tadpoles. To understand if this factor was correlated with the presence of cell death in the limbs, the researchers looked for an amphibian that was naturally exposed to more oxygen than the aquatic tadpoles.

The answer was found in the coqui frogs, which live in a lab colony in the Museum of Comparative Zoology in Harvard University. These frogs grow without a tadpole stage in terrestrial eggs, a process called direct-development, and breathe oxygen from the air. Interestingly, the coqui frogs had dying cells in the interdigital region and high production of ROS, like chickens and mice (Figure 2). This data revealed that ecological features – where the embryos are and how much oxygen surrounds it – can have a direct effect on the presence of cell death in the limbs during development. 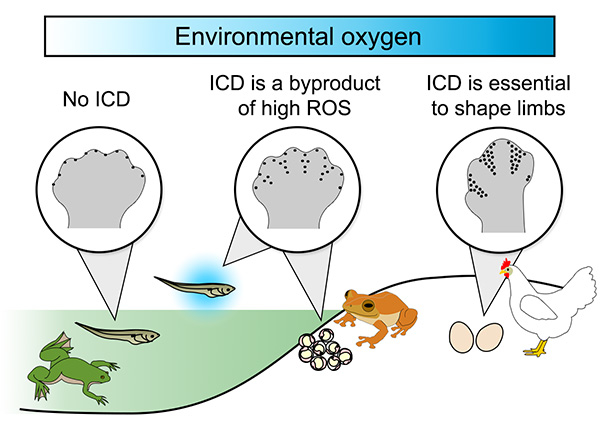 Figure 2. Model for the appearance of interdigital cell death (ICD) in tetrapods, the group that includes amphibians and amniotes.

Increased oxygen levels are essential for production of reactive oxygen species (ROS) and cell death in the limbs. During evolution, this new process – ICD – became essential to shape the limbs of amniotes.

The first step of a new evolutionary mechanism

However, additional steps might have taken place during evolution to make cell death a necessary mechanism to shape hands and feet. "It is not clear if the dying cells are integrated to limb development in these frogs" said Mikiko Tanaka. "What we can say is that, during evolution, removal of the interdigital region by cell death became essential to shape the limbs of amniotes". The researchers suggest that cell death in the limbs might have appeared as a byproduct of the high oxygen levels and ROS in this tissue, and were possibly a first step in this evolutionary process. They point out that further studies are necessary to investigate how cell death became an integral part of the limb development of amniotes, including modulation of pathways that respond to ROS and oxidative stress.