Transition metal perovskites oxides exhibit several desirable properties, including high-temperature superconductivity and electrocatalysis. Now, scientists at Tokyo Institute of Technology explore the structure and properties of a perovskite oxide, PbFeO3, in anticipation of the unusual charge distribution and exotic magnetic transitions displayed by such systems. They report two of the magnetic transitions, with a distinctive transition above room temperature and look into its causes, opening doors to potential applications in realizing new spintronic devices.

The advent of electronics has revolutionized our lives to an extent where it is impossible to imagine going about our day without relying on an electronic device in some form. What is even more remarkable, however, is that we can improve these devices even further by harnessing the electron's "spin"—a property which makes the electron behave like a magnet—to create memory devices that are faster and use lower power than traditional electronics. Accordingly, the field devoted to this endeavor, aptly called "spintronics", relies on exploiting the "spin state" of the electron. However, controlling spin can be extremely tricky, a fact that often leads scientists on a hunt for materials with ordered spin states.

Their attention has recently turned to lead-based transition metal perovskite oxides, a class of materials represented by PbMO3 (where the "M" indicates 3d transition metal ion), that display rather interesting phase transitions in spin states, making them appealing for practical applications.

In a recent study published in Nature Communications

Consequently, the team investigated the structure, charge state, and magnetic properties of PbFeO3 using a variety of characterization techniques and backed up their observation with density functional theory (DFT) calculations.

The team found that PbFeO3 crystallized into a unique "charge-ordered" state in which a layer of Pb ions was interleaved by two layers made up of a mixture of Pb and Pb4+ ions in a 3:1 ratio, along the direction of layer stacking (Figure 1). On cooling the sample from high temperature, the team observed two distinct magnetic phase transitions: a weak ferromagnetic transition occurring at 600 K (327°C) characterized by a "canted antiferromagnetic" spin ordering (oppositely directed neighboring spins), and a continuous spin reorientation (SR) transition at 418 K (145°C) (Figure 2). 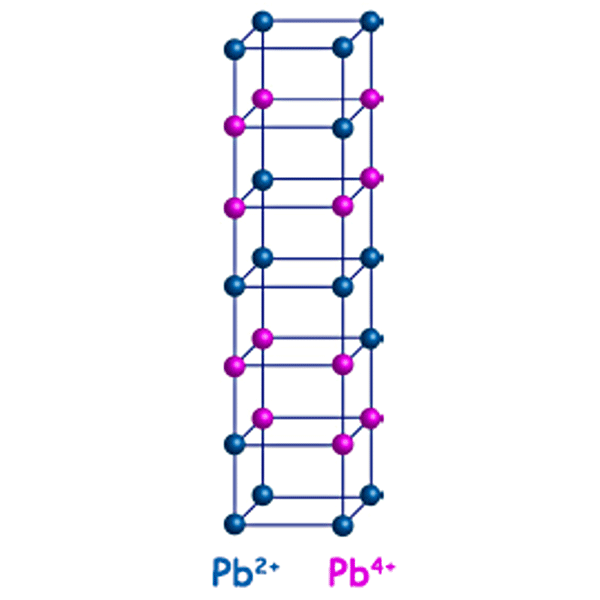 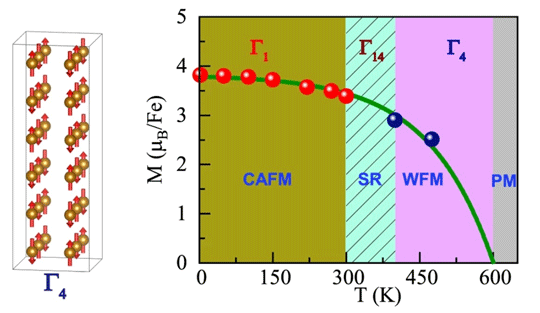 The SR transition, although common in all RFeO3 perovskites, stood out in this case because it occurred at a much higher temperature compared to those for other perovskites, and unlike the R—Fe magnetic interactions usually identified as the cause for this transition, there was no such counterpart in the case of PbFeO3. To resolve the conundrum, scientists turned to DFT calculations, which revealed that the unique charge ordering in PbFeO3 led to the formation of two Fe3+ "sublattices" with competing energies that, in turn, caused the peculiar SR transition.

The team is thrilled by these findings and their implications for future applications. "Our work provides a new avenue for studying the charge ordering phase and distinctive SR transition with potential applications in spintronic devices due to the high transition temperature and possible tuning," remarks the theoretical team leader, Prof. Hena Das.

One thing's for sure—we're one step closer to making spintronics the reality of tomorrow!