Researchers at Tokyo Institute of Technology (Tokyo Tech) have developed a high-performance reusable ruthenium-based catalyst for the production of primary amines. Their method represents a major advance for the development of efficient catalysts that enable selective conversion of alcohols into primary amines under mild reaction conditions.

Primary amines are extremely versatile building blocks that are used in the preparation of many kinds of dyes, detergents, pharmaceuticals and agricultural chemicals. So far, several methods have been developed to produce primary amines using catalysts containing ruthenium, cobalt and platinum, all of which require the addition of molecular hydrogen. Synthesis of primary amines by direct substitution of alcohols with ammonia has been a longstanding challenge.

Now, researchers at Tokyo Tech report a heterogeneous[1] ruthenium-based catalyst (Ru–MgO/TiO2) capable of driving direct amination[2] of alcohols to produce primary amines without having to introduce hydrogen gas. They showed that the catalyst works at low temperatures, of around 100°C. The ready availability of alcohols and low cost of ammonia make the system both cost-effective and environmentally friendly.

Compared with previous ruthenium-based systems, Ru–MgO/TiO2 achieved higher yields (up to 94%) of the desired primary amines. Reuse experiments showed that after base treatment, the catalyst could be reused three times without significant loss of activity.

Their study, published in Chemical Science, suggests that the MgO component of the catalyst plays an important role in enhancing reactivity through electron donation from MgO to Ru.

The researchers point out that the new catalytic system could be applied to a variety of alcohols, and could serve as a design guide for other new heterogeneous catalysts.

In addition, Ru–MgO/TiO2 could provide an efficient synthetic route for the production of 2,5-bis(aminomethyl)furan (BAMF), an attractive compound used as a hardener for epoxy resins, which are used in many types of coatings and adhesives. Using biomass-derived 2,5-bis(hydroxymethyl)furan (BHMF) as a substrate, the study showed the desired BAMF was obtained at 86% yield, outperforming previous systems. 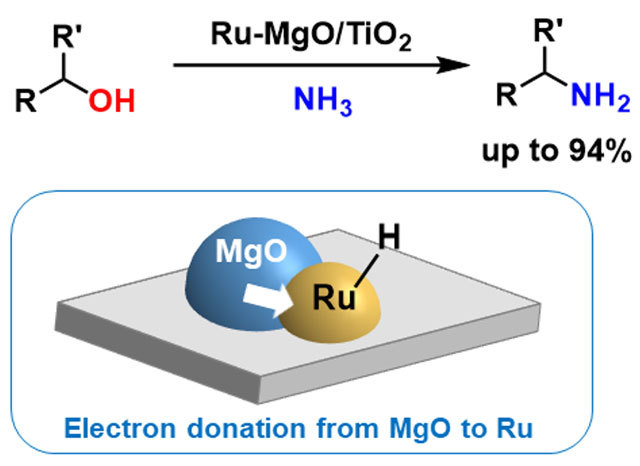 Figure 1. Direct amination of alcohols over Ru-MgO/TiO2 activated by electron donation from MgO

[1] heterogeneous : Heterogeneous catalysis refers to catalysis whereby the phase of catalysts differs from that of the reactants or products.

[2] amination : The introduction of an amine group (a group containing a nitrogen atom with a lone pair of electrons) into an organic molecule.