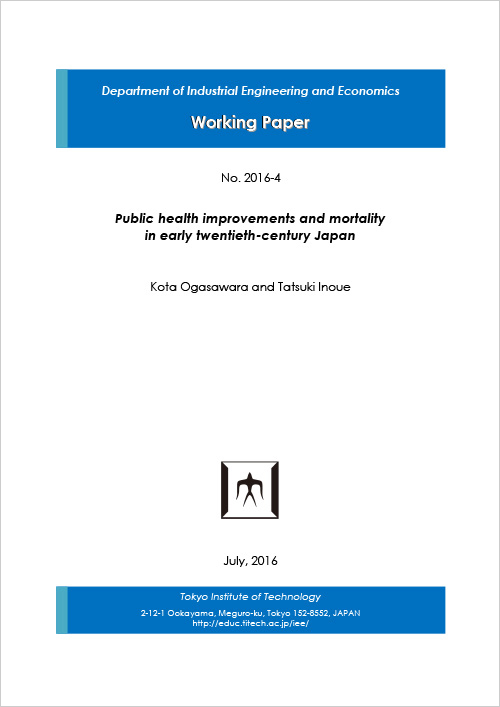 Department of Industrial Engineering and Economics issues the series of Working Paper to highlight our recent research activities.

Title of original paper
Public health improvements and mortality in early twentieth-century Japan
Author
Kota OGASAWARA, Tatsuki INOUE
Abstract
Taking advantage of historical documents that report detailed information about the waterworks in small to large cities in Japan, this study reveals that the popularization of tap water accounts for 27%, 31%, and 14% of the decrease in the crude death rate, typhoid death rate, and infant mortality rate between 1922 and 1940. Cost-benefit calculations estimate the average social rate of return on waterworks as 4,476%. We found that the impact of water-supply systems did not depend on the scale of city. This new finding supports the general finding of improvements to mortality rates due to waterworks in previous studies focused only on large / major cities, and shows its robustness for smaller cities. Our findings also support results from prior studies stressing the importance of public health interventions in explaining the decline in mortality rates.

Following issues of Working Paper will appear as soon as available.