A public briefing on the results of Tokyo Street Count 2016, a volunteer-led survey of the rough sleeping population in three areas of the nation's capital, was held at Tokyo Tech Front on April 10, 2016. Members of the Advocacy and Research Centre for Homelessness (ARCH), the organizer of the count, presented survey results and analyses to around 90 audience members and representatives of various TV, newspaper, and other media outlets in the hopes of initiating further discussion and action regarding homelessness in Tokyo. 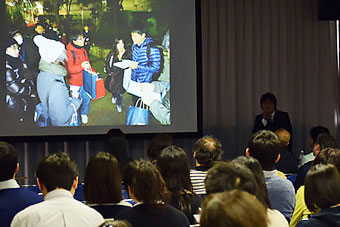 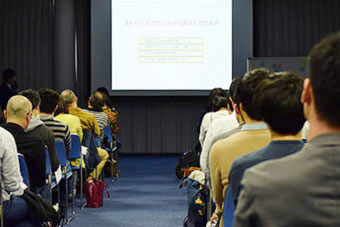 Results of count and plans ahead of 2020 Olympics presented

ARCH, a research-based organization made up of members and graduates of Tokyo Tech's Dohi Laboratory of Community Design and Landscape Architecture, social workers, and other volunteers, was established in October 2015. It sees the upcoming Olympic and Paralympic Games in 2020 as an excellent opportunity to improve conditions for homeless people in and around Tokyo. ARCH members have participated in homelessness surveys in cities such as London, Sydney, and San Francisco, and now want to use their knowledge and skills to make their own city more just and accepting of diversity as the 2020 milestone approaches.

Implemented in the three cities of Shibuya, Shinjuku, and Toshima in the early hours of January 13, 14, and 15 , Tokyo Street Count 2016 aimed to provide accurate data on the number of people sleeping rough and as a result raise public awareness of and improve policies for homelessness.

Official street counts are carried out twice a year — in January and August — by the Tokyo Metropolitan Government, but only in the daytime. ARCH believes that nighttime counts provide more realistic figures as this is when many mobile rough sleepers become visible in the urban open space.

With a total of 111 volunteers participating over the three days, counts were carried out between 12:30 a.m. and 3:30 a.m. Those on foot covered the central areas of the cities, while smaller groups traveling by car surveyed more remote areas such as parks, railway stations, and other public facilities. The count was carried out purely based on observation without any contact with those observed. 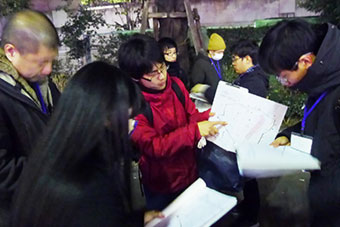 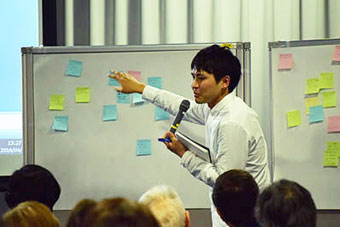 A total of 671 rough sleepers were observed in the three cities. This is roughly 2.8 times more than the 239 rough sleepers reported in the official winter counts. Over 90% of those who could be identified through observation were men.

There is concern that homeless people in Tokyo will experience similar problems to those in past Olympic host cities as a result of the 2020 Games. As athletes, spectators, and tourists flood the metropolis, street dwellers face potential eviction from public spaces, and even meager low-cost accommodation will undoubtedly be hard to find. Rather than simply considering homelessness from a welfare point of view, ARCH wants to highlight its relationship with other sectors such as labor, housing, health care, and public space management in order to increase coordination and cooperation. Using the Olympics as a trigger, it hopes to involve the public in creating a more accepting city for all, including those who are socially vulnerable and marginalized, and leave behind a legacy that continues to serve the interest of homeless people even after the Games have come and gone. The Tokyo Street Count is just the first step in achieving this goal.

For many volunteers, participating in the Street Count was an eye-opening experience. Many had never seen firsthand the lives of rough sleepers and were moved to see this in their own city on a freezing night. Others said that it was as if their city became a completely different one after public transportation stopped for the night. It is precisely this type of awareness that needs to increase for Tokyo to become a more accepting city for all. As ARCH continues to work toward this goal, all those interested in helping the less fortunate are encouraged to join.