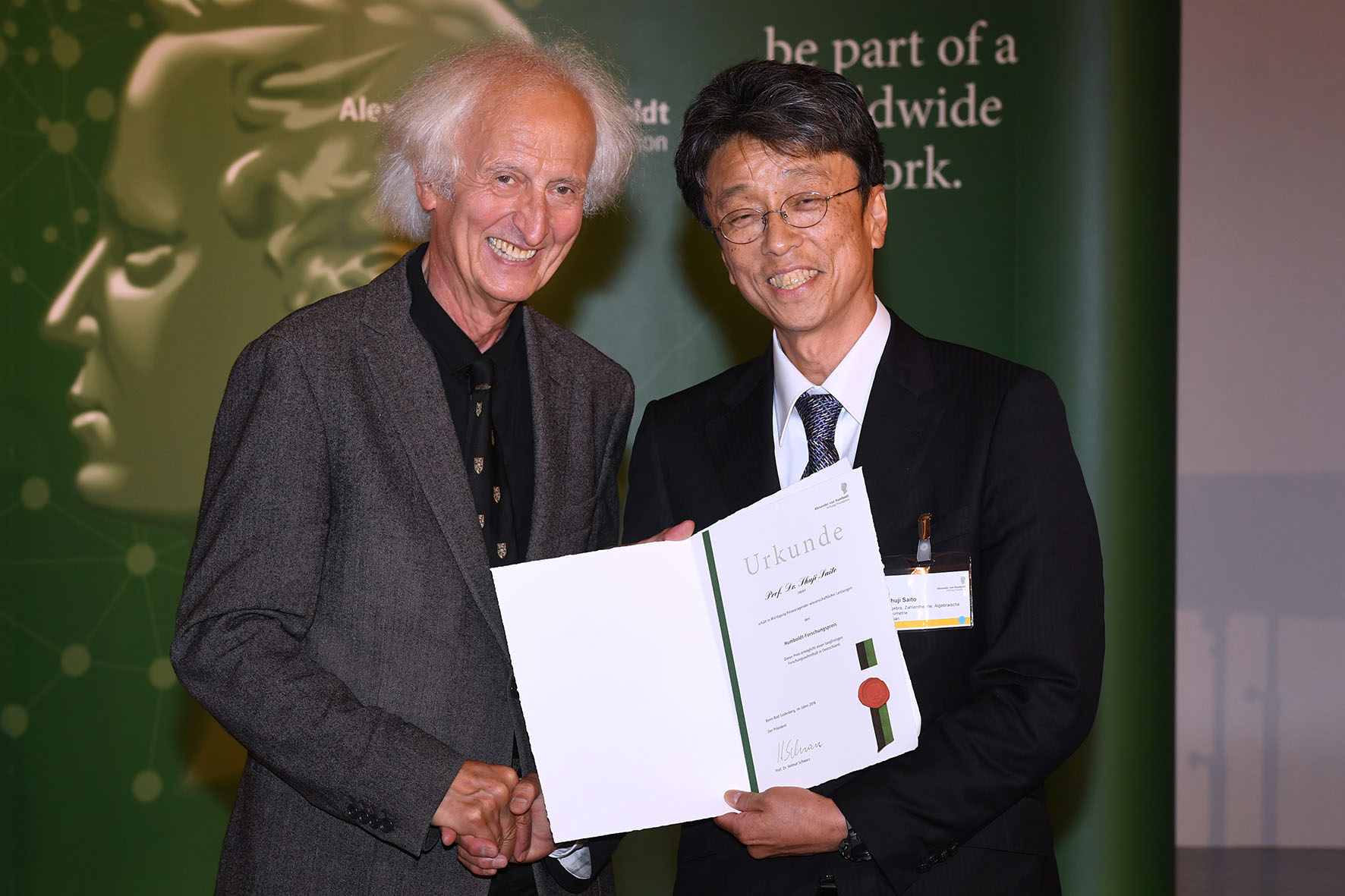 Professor and mathematician Shuji Saito of the School of Science has been honored with the Humboldt Research Award.

The German government's internationally acclaimed Humboldt Research Award is presented by the Alexander von Humboldt Foundation to renowned overseas researchers who have had and are expected to continue to have a lasting impact in their field. The award is not restricted to any particular academic discipline and allows the recipient to conduct research in Germany on a research topic chosen by the researcher and a collaborating partner at a host institution. Each year, up to 100 researchers receive the Humboldt Research Award, which is viewed as one of the most prestigious academic awards in Germany.

Saito was honored with the award for his research in higher class field theory, cohomological Hasse principle (Kato conjecture), and finiteness of higher Chow group, performed by broad cross-sectoral approaches in algebraic geometry and arithmetic geometry.

At the very special moment of the Humboldt research award ceremony, what came to my mind was a deep gratitude for the immeasurable support I received from my parents, my wife and family, mentors, colleagues, and friends.

There is beauty in mathematical truth, and we mathematicians are all making daily efforts in search of that beautiful truth. I feel so fortunate to be part of this important activity of humankind, and that I could make some contribution, no matter how small.