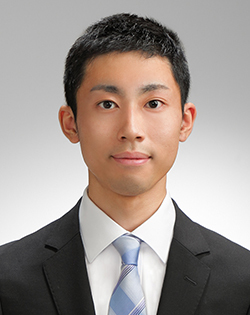 In recent years, Digital Transformation have accelerated in various industries, and the importance of the data science is increasing. The "NTT Data Mathematical System Student Research Encouragement Award" was established in 2003 for the purpose of supporting students' research, and is a publicly-offered research incentive award that uses software from NTT Data Mathematical Systems Inc. Among them, Yuto Shimizu, a second-year master's student in the Civil Engineering Course of Civil and Environmental Engineering, Asakura-Fukuda Laboratory, was selected for the Grand Prize. Using structural learning and stochastic inference by the Bayesian network from actual operation data of the Tokyo Metro Tozai Line and hourly precipitation data released by the Japan Meteorological Agency, he analyzes the effects of delay phenomena and weather on trains in urban railways, and it was suggested that the train delay could be predicted from the weather forecast. The Bayesian network is a model that expresses the causal relationships between various events in a graph structure. The model structure can be obtained by learning from the data, and the phenomenon can be reproduced using that structure. As a result of the graph structure, it was found that detailed analysis for each station and train could be performed, and this study suggested the possibility of Bayesian network delay phenomenon analysis.

The clear causal relationship between rainfall and train delay has been investigated using detailed dataset in Tokyo.